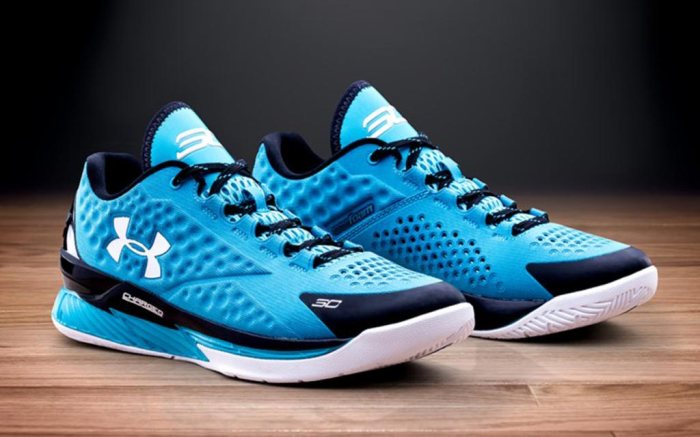 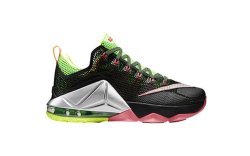 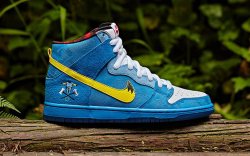 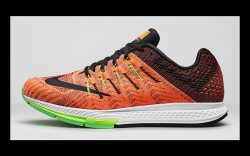 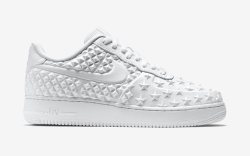 From Nike to Under Armour, check out the sneakers being released this weekend.

Available just in time for the holiday is the Air Force 1 Low Independence Day Pack. The shoe features a leather studded upper with the appearance of stars on the toecap and midsole. It comes in two colorways, an entirely white silhouette and an entirely navy blue silhouette, with a retail price of $100.

While fans of LeBron James and his signature shoes wait for the next edition to be released, Nike released another LeBron 12 to pick up, this time in a low version of the silhouette. The shoe became available today with a retail price of $175. The LeBron 12 Low now comes in a colorway of black, green, volt and metallic silver.

The latest running shoe from Nike hit stores today, and has a $115 price tag. The shoe comes in a colorway for men and women: bright citrus, fuchsia glow, fuchsia flash and black for women; total orange, ghost green, voltage green and black for men.

Under Armour Curry One Low

Stephen Curry had a stellar season with the Golden State Warriors, defeating the Cleveland Cavaliers in the NBA Finals and winning the Kia NBA MVP Award for the regular season, and Under Armour is capitalizing off his success. The brand will release the Curry One Low in two colorways on Friday, with a retail price of $110. The colorways include the Warriors colors of royal blue, navy blue and yellow, and a Carolina Panthers-inspired colorway of pacific blue, black and metallic silver (the brand also sponsors Panthers quarterback Cam Newton).

The brand teamed up with Minneapolis-based skate shop Familia for the Saturday release of a Dunk High Premium SB. The shoe embodies the spirit of folk hero Paul Bunyan and his blue ox, Babe. The shoe features embossed blue synthetic leather paneling on the upper with a black and red flannel collar. Near the heel is an Ox horn swoosh and custom embroidered emblem. The shoe has a retail price of $120.