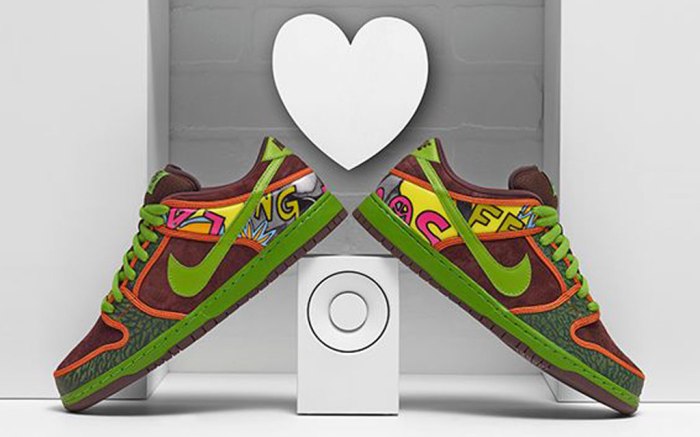 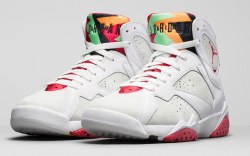 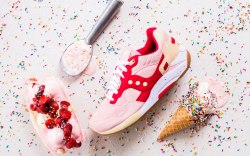 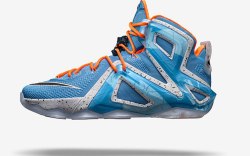 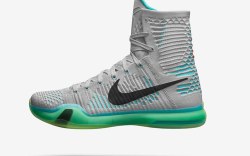 The collections of sneakerheads everywhere are sure to grow this weekend, as Saucony, Ewing Athletics and Nike all have new releases hitting shelves.

Check out what you can pick up starting on Friday.

Patrick Ewing is a New York Knicks legend, and when his Concept signature shoes were first released, fans went crazy for them. On Friday, fans can find them once again, for $110. The re-release will come in two colorways — white, royal and orange, and black with white.

The latest release from the brand’s Scoop Pack is the Strawberry Vanilla. The pink, tan, red and white colorway is reminiscent of the ice-cream flavors that inspired the shoe, which features a gum outsole reminiscent of a waffle cone. The shoe will be available Friday and will retail for $120.

Although this year marks the 25th anniversary of the Air Max 90, Nike isn’t limiting the Air Max-technology celebration to that one silhouette. On Friday, the brand will release an all-bright-crimson colorway of the shoe (with black accents and swoosh), for both men and women, retailing for $190.

Two more colorways of the brand’s 1996 silhouette are set to hit stores Friday — one for men and one for women — with a $100 price tag. For men, the crystal mint, bright citrus, total orange and black version will hit shelves, while women will have a far more subtle edition — a white upper with a wolf-gray outsole.

Fans of the Long Island, N.Y.-based hip-hop group De La Soul can grab a Nike shoe inspired by the group on Saturday. The brand will release the Dunk SB Low PRM De La Soul, with a price of $125. The safari, baroque brown and altitude green colorway features imagery from the group’s debut album, 3 Feet High and Rising, throughout the upper.

In 1992, Michael Jordan starred in a commercial that also featured a loveable TV icon — Bugs Bunny. While the spot with the famous cartoon character made its way to TV screens everywhere, a celebrated colorway of the Jordan 7 made its way to the feet of Jordan’s fans. The Jordan 7 Retro Hare, in its original white, light silver, tourmaline and true red colorway, will return to retailers’ shelves Saturday, with a price tag of $190.

The Air Max 90 Infrared was a sought-after colorway upon its original release, so the brand is satisfying fans of both the colorway and the silhouette by releasing it once again. The white, cement gray, infrared and black shoe will be available Saturday for $120.