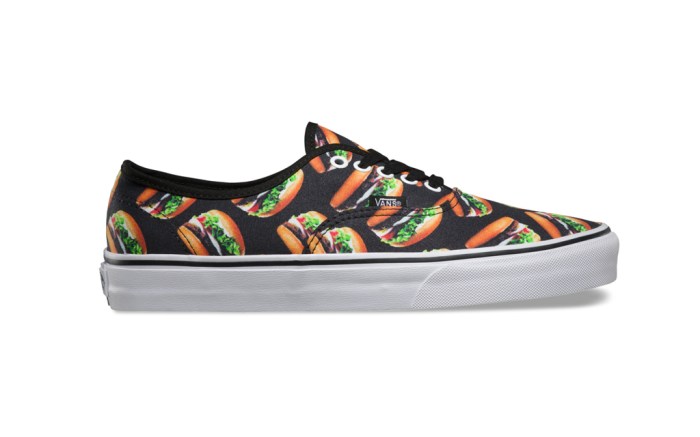 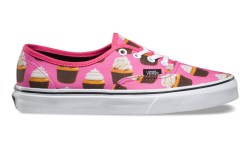 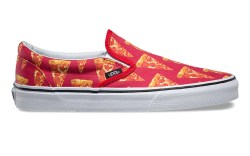 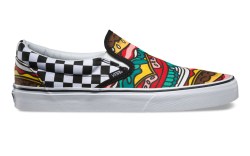 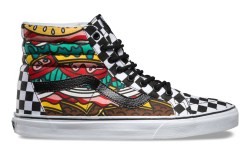 For many, late-night snacking is part of their lifestyle. Now, Vans is paying homage to some fast-food favorites, both sweet and savory.

The Vans Classic Slip-On and Sk8-hi styles are offered in a print that features hamburgers, french fries and tacos all on one shoe. The slip-on also comes in an allover pizza print.

The brand’s Authentic laceup style is offered in several other prints, including donuts, macarons, cupcakes, french fries and burgers.

The sneakers will be available globally in January for men, women and children.

This year, Vans has released several styles and collaborations, including the Pendleton collection, North Face collection and Disney holiday collection.

They also have a major celebrity who’s been wearing the brand’s sneakers almost everywhere: Justin Bieber. The singer dons the sneakers both on and off the stage.

Click through the gallery to see all of the styles.