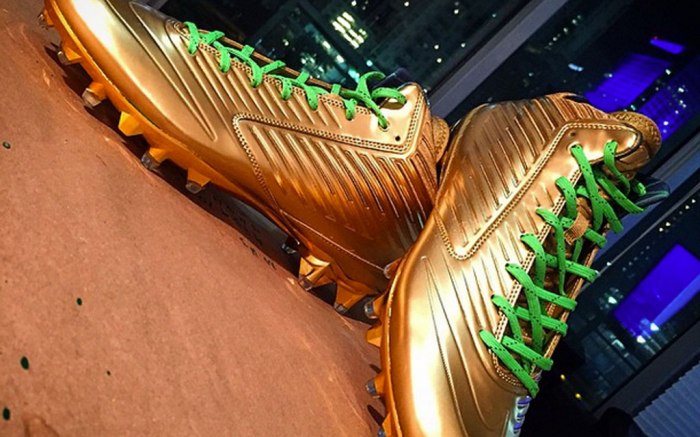 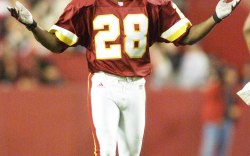 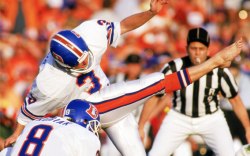 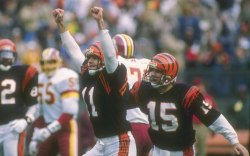 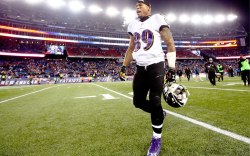 For a game called football, NFL players don’t seem to spend a whole lot of time focusing on their feet. To the untrained eye, it’s all about throwing, catching and slamming into each other. But it takes a lot of fancy footwork, and fancier kicking, to get those massive bodies across the field and into the end zone. In celebration of the Super Bowl this weekend, here are a few great moments in Super Bowl cleat history.

Back in the early days of the Super Bowl, which began in 1967 (and was just called the AFL-NFL World Champion Game for the first two years), everyone wore classic black Riddell cleats. But the New York Jets quarterback “Broadway” Joe Namath, who was known as much for his flashy style and big mouth off the field as for his skills on it, was the first to make a footwear fashion statement. He wore white cleats, keeping him one step ahead of the rest.

That’s the kind of move that’s getting one of this year’s big stars, Seattle Seahawks running back Marshawn Lynch, in trouble. He wanted to wear a pair of customized 24k gold cleats to the playoff game against the Green Bay Packers, but was reportedly warned that he might be ejected from the game. (Later, sources clarified that he wouldn’t have been allowed on the field in the cleats, not that he would have been banned from playing.)

On the other end of the spectrum was  Steve Smith Sr.’s ritual of leaving his shoes on the field after every game he played as a Carolina Panther in 2012 to raise awareness for the homeless.

If you want to see some really unusual football footwear, you have to go wider than the Super Bowl, to New Orleans Saints kicker Tom “Stumpy” Dempsey, who was born with no toes on his left foot. His coach developed a square shoe to fit his foot, and Dempsey went on to kick a 63-yard field goal for the Saints. That record held until 2013, when the Denver Broncos’ Matt Prater kicked a 64-yard goal.