Royals vs. Blue Jays: The Cleats On The Field 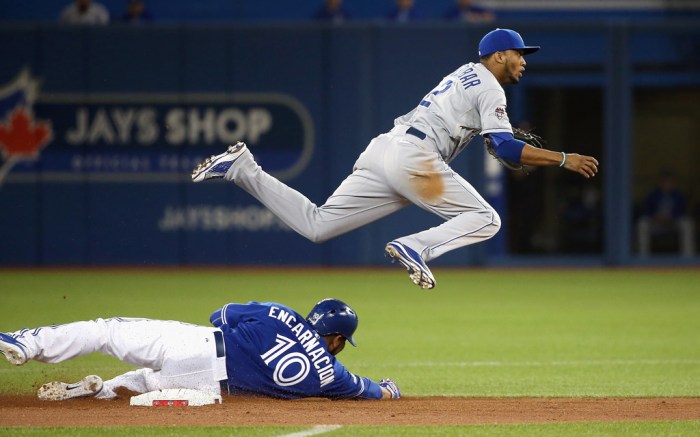 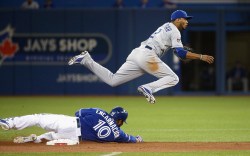 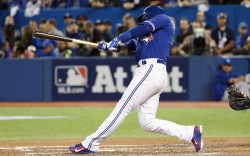 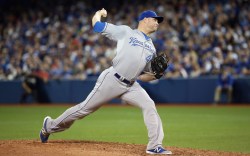 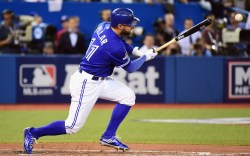 The Kansas City Royals are one game away from heading to the World Series for a second straight year, but they have a tenacious Toronto Blue Jays squad in their way, trying to make their first World Series berth since 1993.

The two teams took to the field on Oct. 21, popularly referred to as “Back to the Future Day,” the final date Marty McFly (played by Michael J. Fox) and Doc Brown (played by Christopher Lloyd) traveled in the Delorean during Back to the Future 2. Before the game, Royals pitcher (and well-known sneakerhead) Jeremy Guthrie hit the field in the Nike Air Mag, the self-lacing shoes McFly wore in the movie.

Although this was the shining shoe moment of the series so far, it was not the only one.

Blue Jays slugger Jose Bautista, who is a Team New Balance athlete, hit the field in the brand’s latest offerings. Bautista isn’t the only player wearing the brand’s cleats — many of the Royals are in them, from pitchers Danny Duffy and Ryan Madson to catcher Salvador Perez.

Baltimore-based athletic brand Under Armour has been prominent on the field throughout the series, spotted on the feet of both Royals and Blue Jays players, including Royals first baseman Eric Hosmer and centerfielder Lorenzo Cain, and Blue Jays pitcher Roberto Osuna.

Adidas cleats have also made an appearance on the field, worn by Blue Jays centerfielder Kevin Pillar.

Nike is also a popular choice in the series, with the brand’s cleats being worn by players including shortstop Troy Tulowitzki, designated hitter Edwin Encarnacion and third baseman Josh Donaldson, as well as shortstop Alcides Escobar and right fielder Alex Rios of the Royals.