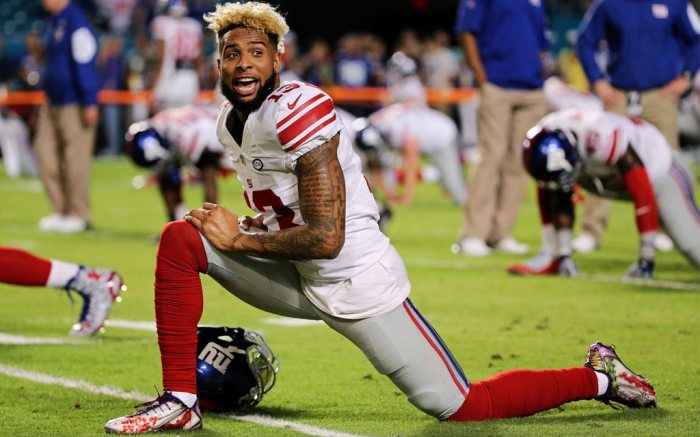 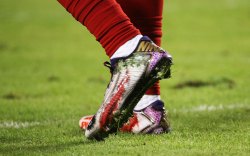 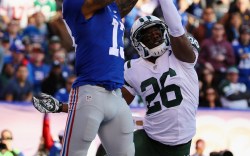 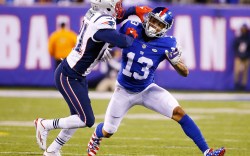 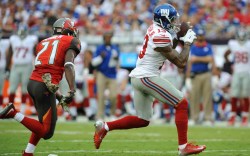 At Monday’s night’s NFL game between the New York Giants and Miami Dolphins, star wide receiver Odell Beckham Jr. hit the field in a pair of custom Nike cleats based around the comic book villain The Joker.

He told the NY Post and other reporters in the locker room this week, “I try to come up with whatever idea or whatever theme there might be for the week. I put it on the shoe.”

However, some have viewed Beckham’s design choice as a jab at Carolina cornerback Josh Norman, who goes by the nickname “Batman” and whose Panthers are due to play the Giants this coming Sunday.

Norman reportedly responded to the suggestion by saying, “That kind of gets me going a little bit because I know what they symbolize. At the end of the day, I think they’re pretty cool cleats.”

Beckham, meanwhile, has denied that the “Joker” cleats are connected with Norman and the longtime sneaker lover has said he plans to wear something totally new on Dec. 20.

Indeed, Beckham has sported a wide range of Nike cleats on the field this season. The 23-year-old rarely repeats his footwear and often comes out with surprising items, including a special red-white-and-blue patriotic look, pink styles to honor Breast Cancer Awareness Month and even a set of Peanuts-themed cleats.

Click through the gallery below to explore Beckham Jr.’s best on-field cleat moments: