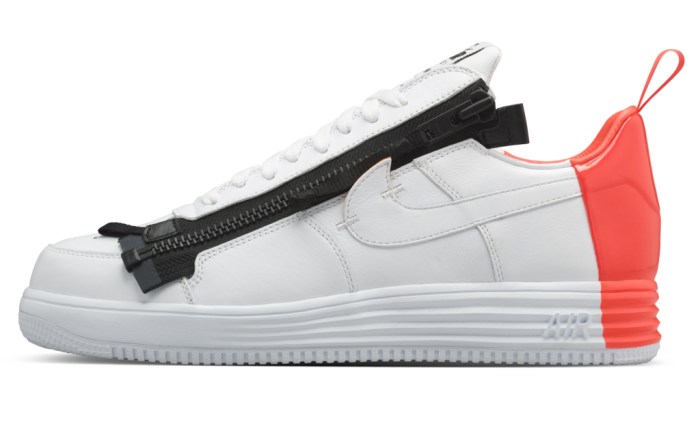 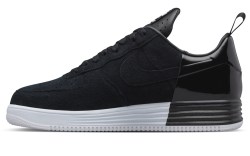 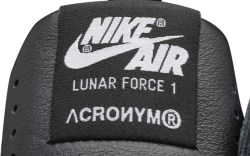 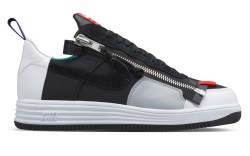 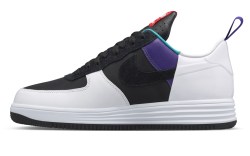 Looking to enhance the process of putting on and taking off shoes, Nike enlisted the help of the Germany-based design agency Acronym and its functionality-obsessed designer, Errolson Hugh, to update its classic Lunar Force 1 silhouette. The result is the NikeLab Lunar Force 1 x Acronym.

“When we were first approached by Nike to look at the Lunar Force 1, the first thing we asked ourselves was, ‘Why should we do this? What could we possibly bring to the table that Nike doesn’t already know how to do?'” Hugh said in a statement. “In the end, we decided to approach it just like we approach the apparel, which means: Look at a problem, or look at an aspect of the functionality, and see if there’s a way we can improve it.”

The most notable addition to the shoe is the zipper along the outside of its upper.

“You can tie the laces once, set the tension you want and you never have to deal with the laces again. You just zip in and zip out,” Hugh said.

Also added to the shoe is an extended tongue designed to facilitate its on-off functionality.

The NikeLab Lunar Force 1 x Acronym hits stores Thursday and will retail for $200.