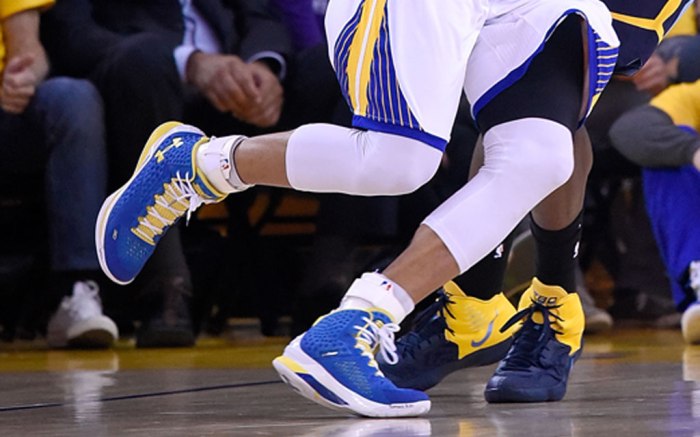 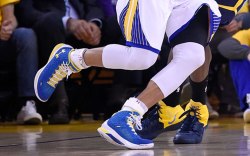 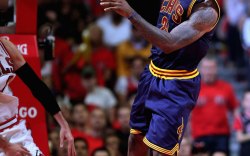 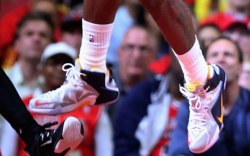 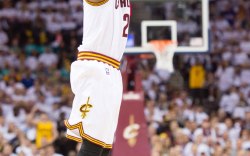 The NBA Conference Finals begin with the Western Conference tonight, with the Eastern Conference series starting Wednesday. And while teams are competing to win their conference and, later, the league championship, the real winners are the sneaker brands.

The signature shoes of professional basketball players and pro models are wildly popular among aspiring ballers and sneakerheads alike. This is good news for Nike, Under Armour and Adidas, who put their latest and greatest shoes on the feet of the game’s biggest stars.

Nike has two of the biggest stars in the sport on the same team wearing its shoes in Cleveland Cavaliers forward LeBron James (wearing the LeBron 12) and Kyrie Irving (wearing the Kyrie 1). But the brand won’t have to wait until Wednesday to have a star seen in its product, as the Nike-sponsored James Harden of the Houston Rockets will hit the court tonight in Nike’s Run the One.

Under Armour has Golden State Warriors guard Stephen Curry, the league’s MVP, wearing his UA signature shoe, the Curry One. When the Warriors take on the Houston Rockets, Under Armour will also be on the feet of Curry’s opponent, as Houston guard Corey Brewer will be wearing the ClutchFit Drive Low.

Adidas will have arguably the league’s best center in Dwight Howard of the Houston Rockets on the court tonight in his Adidas signature shoe, the D Howard 5. On Wednesday, the brand’s CrazyLight Boost will be seen on the feet of Atlanta Hawks all-star guard (and known sneakerhead) Jeff Teague.