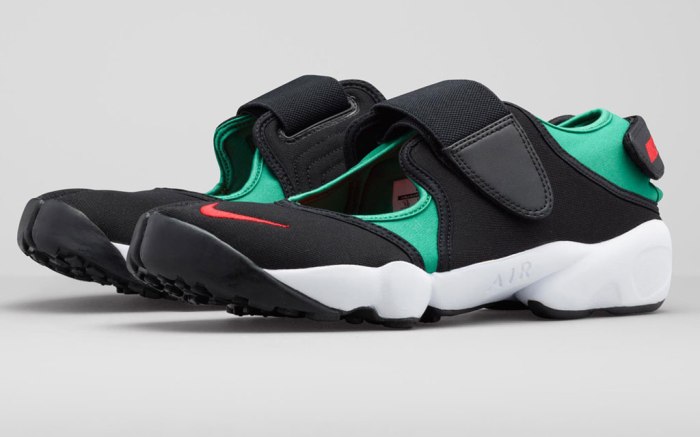 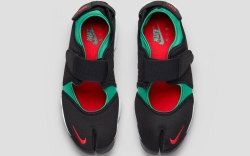 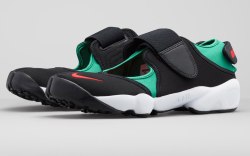 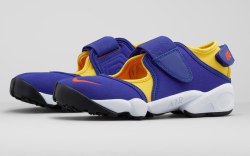 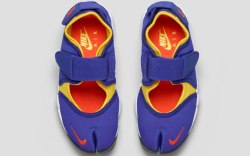 Nike is set to re-launch a popular and unique running sneaker from 1996, the Air Rift. The shoe, a hybrid  sneaker-sandal, was the first of its kind for Nike, a sneaker that promoted natural motion.

Kenya’s barefoot running style, international competition dominance and Rift Valley province were the creative inspirations for the shoe’s design and initial colorway, the colors of the country’s flag. The characteristics of Kenya’s landscape were responsible for the shoe’s most distinguishable trait: its split toe. Inspired by the country’s Great Rift Valley fault line, the visually bold split toe allowed for a more natural barefoot-running feel.

In addition to the split toe, the shoe utilized a flexible, natural-motion outsole that, paired with the split toe, delivered greater traction. The Air Rift also featured a moisture-wicking and ventilating mesh upper and two Velcro closures.

The sneaker giant will have two releases for the product: April 27 for the original color ways — red, green and black for men; purple, yellow and orange for women — and a May 15 debut of new colors: black and white for men and all white for women.