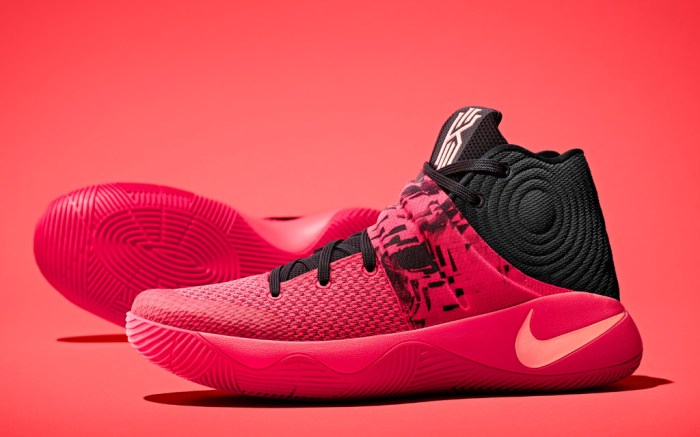 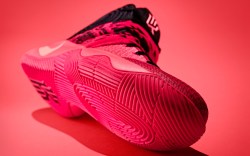 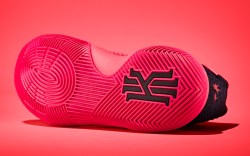 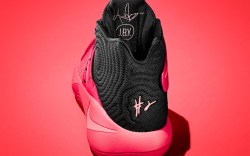 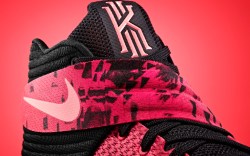 The shoe, according to the Beaverton, Ore.-based company “pushes the boundaries of Sir Isaac Newton’s laws of motion in ways that Dr. James Naismith, credited with inventing the game of basketball, never would have imagined.”

In particular, the Kyrie 2 features a curved midsole and outsole to improve the wearer’s ability to move side to side.

Nike said that it watched Irving’s style of play — often involving his body in low-angled positions as he dribbled the ball across the court. That movement caused the sides of his shoes to hit the floor.

“Irving’s biomechanics and movement drove the angles and articulation of the midsole and outsole,” Nike said in a statement.

The company has released a number of the player’s signature shoes this year, including the Letterman, the Dungeon and the Driveway, inspired by his childhood playing days.

The news for Nike comes days after it signed Irving’s teammate, LeBron James, to a lifetime contract.

Click through the gallery below to explore the new Nike Kyrie 2.