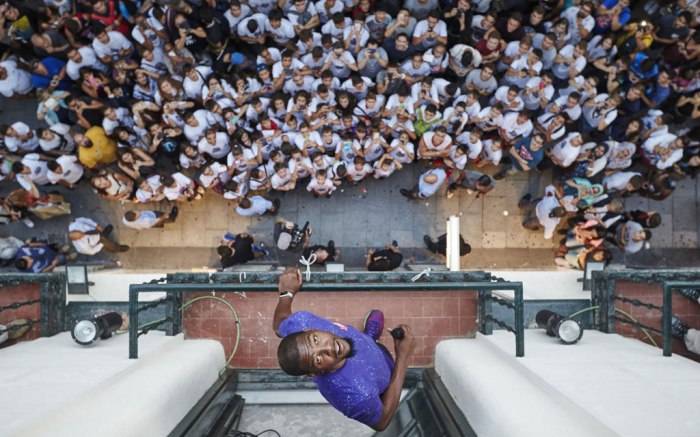 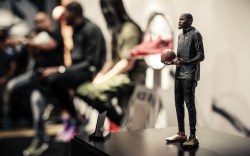 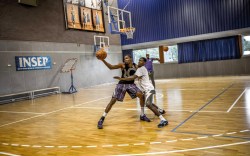 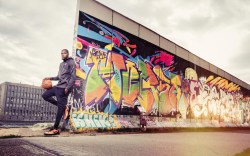 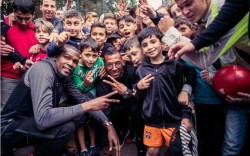 Oklahoma City Thunder star forward and Nike-sponsored athlete Kevin Durant spent the past week in Europe, touring three countries to not only share his love for basketball but also experience the love people have for the game abroad.

Durant’s tour made stops in Madrid, Paris and Berlin. The onetime Kia NBA MVP not only watched players take the court throughout the tour, but he played as well, including training in Madrid and engaging in drills at the National Institute of Sport & Physical Education near Paris.

The former Texas Longhorns standout also participated in photo shoots for Nike apparel and his latest signature shoe with the brand, the KD 8. Leo Chang, the designer of the KD 8, accompanied Durant on the tour to introduce the shoe to members of the media.

The first KD 8 release, an Independence Day-themed shoe, hit stores on June 27. That shoe was followed by an all-red colorway on July 11. The KD 8, which retails for $180, has been released in a number of editions over the past three months, including one that pays homage to the suit Durant wore during his MVP acceptance speech (Suits) and two inspired by a neighborhood intersection with a 75-foot incline, nicknamed “Hunt’s Hill,” where Durant used to practice basketball drills (Hunt’s Hill Sunrise and Hunt’s Hill Night).