Nike Air Mags Among Week’s Most Expensive Sneakers On Ebay 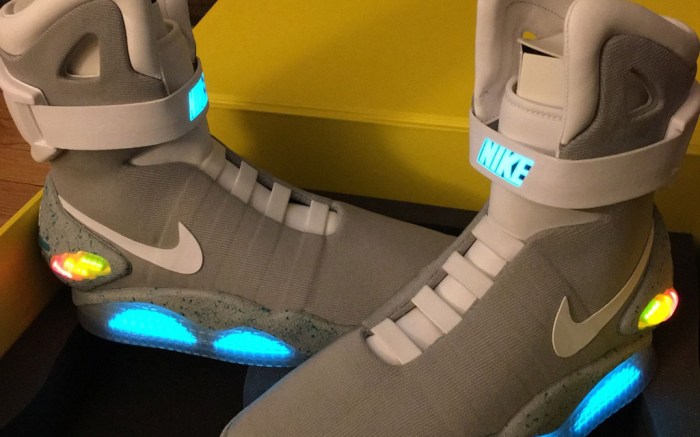 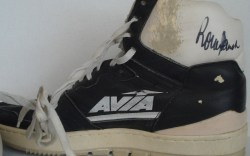 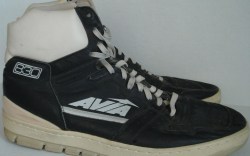 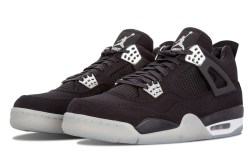 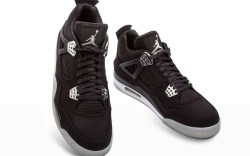 These sneakers are listed as a size 15, worn by Robert Parish when the Boston Celtics lost the Championship Series to the Los Angeles Lakers. The Avia brand high-tops have been signed by Parish and dates 6.4.81.

Only ten pairs of sneakers were made available from the Eminem X Jordan X Carhartt collaboration, and those that have sold have reached record numbers. Those with a spare $25,000, can still nab this pair in a US size 9. Proceeds from the sales are benefiting the Literacy Through Songwriting Program at the MSU Community Music School-Detroit.

These hugely in-demand sneakers need no introduction. Both sneakerheads and Marty McFly fans alike have been desperate to get their hands on a pair since 1,500 were auctioned off for charity in 2011. Consumers were hoping for a wider release of an updated version in 2015 following social media speculation. Instead, the latest version of the self-lacing sneaker was a one-off produced for none other than Michael J. Fox.

These Nike sneakers claim to be in great condition considering they originate from 1974. The seller states they are rare, made in Japan and feature a rubber sole and leather upper.

Artist Chris Riggs For Mayor wore these Adidas kicks while painting canvases and murals between 2010 – 2012, hence the heavy paint splatter. The shoes are signed, dated and come with a certificate of authenticity.

For more images of the sneakers, click through the gallery below: