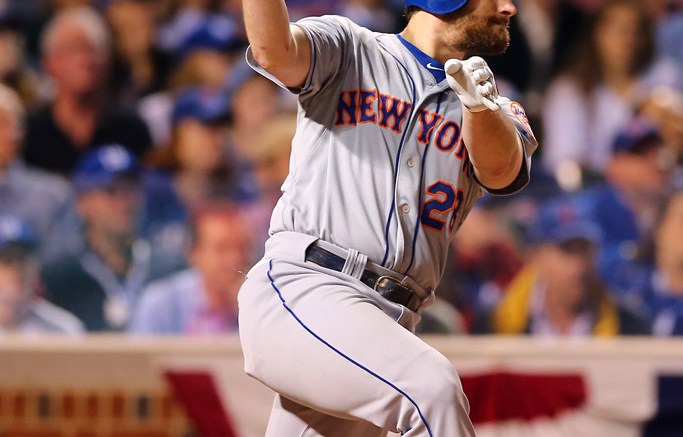 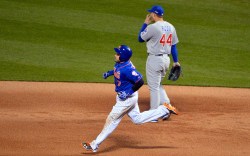 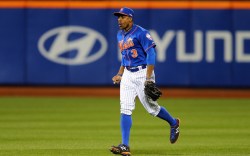 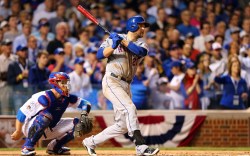 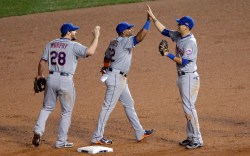 New York Mets fans are partying like its 1986 as the team busted out their brooms and swept the Chicago Cubs in the National League Championship Series, making their first World Series appearance since 2000.

The Amazins won’t have to wait long to see whom they will face in the World Series. The Kansas City Royals have a 3-2 series lead over the Toronto Blue Jays, with game six of the American League Championship Series set for Friday at Toronto’s Rogers Centre, with game seven if necessary set for Saturday.

But for the footwear fan or the aspiring athlete, when the action paused, all eyes were on what the Mets were wearing.

Murphy wasn’t the only Met in New Balance; other notable players from the team include veteran right fielder Curtis Granderson and center fielder Juan Lagares.

But New Balance wasn’t the only brand represented in the series. Nike was prevalent on the field as members of the stellar New York pitching staff – including Matt Harvey, Jacob deGrom, Steven Matz and Bartolo Colon – sported the swoosh, as well as all-star third baseman David Wright. Under Armour was also seen on the field on the feet of catcher Travis d’Arnaud, shortstop Wilmer Flores and first baseman Lucas Duda. Mizuno was also represented, with center fielder Yoenis Cespedes wearing the brand.

Click the link to see the cleats the Mets took the field in throughout the National League Championship Series.