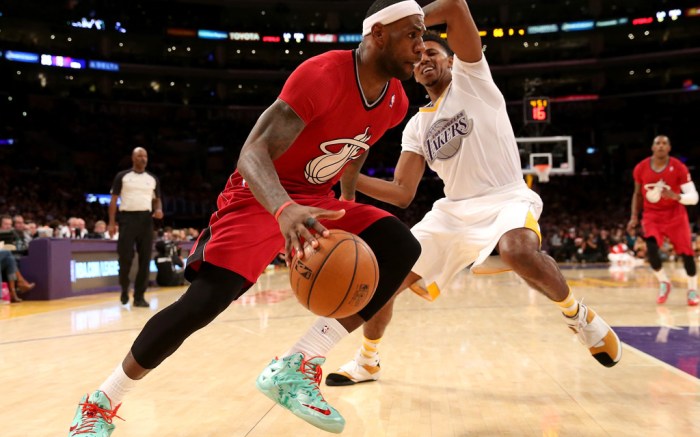 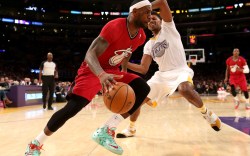 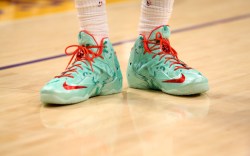 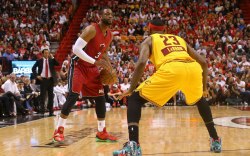 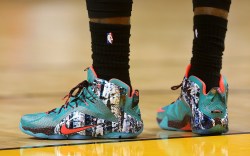 Just like football on Thanksgiving Day, watching basketball on Christmas Day is a tradition. The NBA makes these games special for its fans by pairing the league’s best and most storied franchises for the holiday, having the game’s brightest stars compete on a day when most people are off from work.

Past Christmas Day matchups have offered their share of drama, pairing teams boasting a superstar who once played for their game day opponents. LeBron James won two NBA titles with the Miami Heat but opted to re-sign with his former team, the Cleveland Cavaliers, prior to the 2014-15 season. James and the Cavaliers faced the Heat on Christmas Day last season, falling to Miami 101-91. Although James and his team lost, his inspired-by-the-holiday Nike LeBron 12 sneakers were a winner on the court.

Shaquille O’Neal was in a similar situation in 2004, facing the Los Angeles Lakers, his former squad, for the first time while playing for the Miami Heat. Wearing his namesake line’s Dunkman silhouette, O’Neal dropped 24 points on his former squad, adding 11 rebounds to his stat line.

Click through the gallery to check out other top NBA Christmas Day moments.