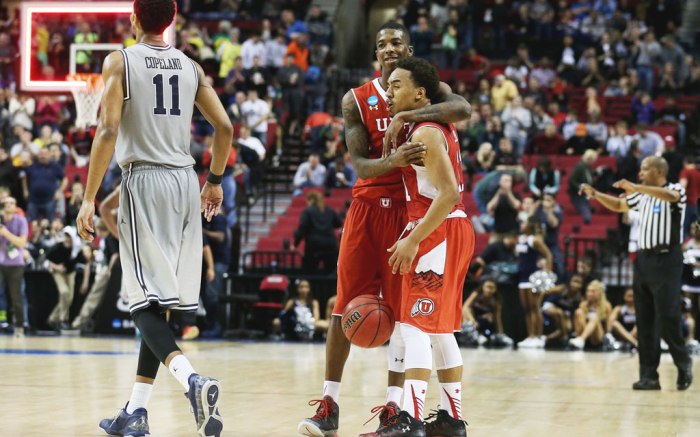 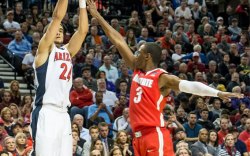 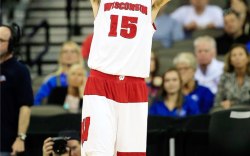 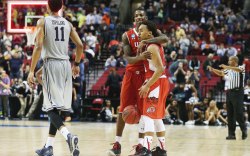 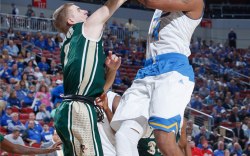 The NCAA men’s college basketball tournament is flying by, down to just 16 teams competing to cut down the nets and be named champs. Why that may be compelling to fans of the sport, what’s more compelling to the sneakerhead are what the players were wearing on the court.

Here’s what was on the feet of some of the players of the final Sweet 16 teams.

There are few things in life more predictable than penciling in Duke deep in your tournament bracket. This season is no different, as the Blue Devils have trampled the competition en route to securing their place in the Sweet 16. In the 68-49 victory Sunday, guard Grayson Allen came off the bench for Duke and dropped 5 points in a pair of blue and white Nike Zoom Hyperrev 2015.

Wisconsin is one of the few teams college basketball analysts said could take down tournament favorite Kentucky, and they may still have a chance to do so. The Badgers topped a tough Oregon team Sunday, and they did so in style, as the players were wearing the best sneakers Adidas has to offer, like the white and red D Rose 5 Boost worn by junior forward Sam Dekker.

This is Utah’s first Sweet 16 appearance since 2005, getting to the round by beating a higher-seeded Georgetown team Saturday, 75-64. Leading the way for the Utes was Brandon Taylor, who dropped 14 points in the win, wearing his black, white and red Under Armour UA Micro G.

UCLA was widely criticized for even making the NCAA tournament, but managed to defy critics and make it to the Sweet 16. On Saturday, the Bruins dominated the University of Alabama at Birmingham 92-75 to become one of the 16 teams still competing for the championship. Guard Norman Powell –who was wearing the Adidas MI D Rose 773 III in the UCLA blue and gold– was among the team’s top scorers, putting in 15 points in 38 minutes against the Blazers.

Arizona has been one of the favorites throughout the tournament, and rightfully so, as they’ve been manhandling the competition. On Saturday, the Wildcats crushed Ohio State 73-58, and many of the players –including forward Rondae Hollis-Jefferson and guard Elliott Pitts – did so wearing the Nike Kobe X.