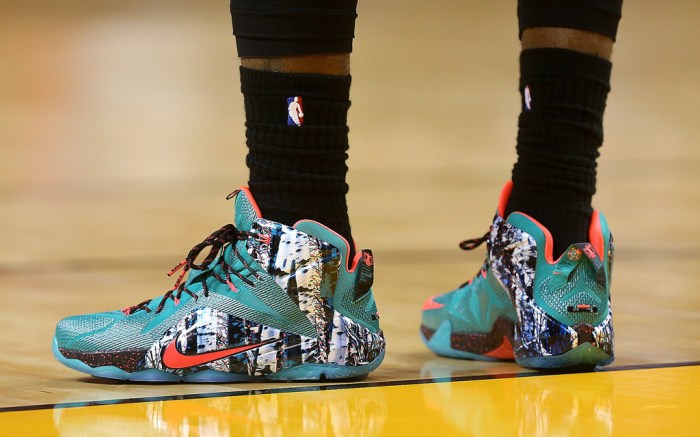 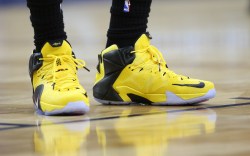 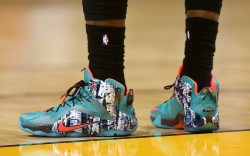 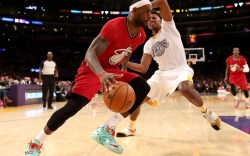 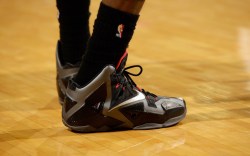 After seemingly endless LeBron 12 iterations, Nike unveiled the latest signature shoe for LeBron James on Sunday — the LeBron 13. The NBA’s most popular player will wear his 13th signature shoe from the Beaverton, Ore.-based brand this season, which tips off for the Cleveland Cavaliers on Oct. 27.

Since being drafted first overall in the 2003 NBA Draft, James has hit the court in his signature basketball shoes, which have gone on to become the brand’s most popular basketball silhouettes. Starting with the Air Zoom Generation — commonly referred to as the LeBron 1 — if James is wearing the shoe, it won’t stay on shelves long.

The latest and greatest James signature shoe from Nike, the LeBron 13, features technology to match the Cavaliers star’s aggressive and fast style of play, including Flywire cables on the shoe’s upper for an adaptive fit, a Hyperposite panel on the upper for durability and Zoom Air units for optimal cushioning of key pressure points on the foot.

The shoes worn during James’ biggest career moments often become the most sought after, from the wheat colorway of the Air Zoom Generation he wore during the 2004 Got Milk? Rookie Challenge, where he scored 33 points, to the home colorway of the LeBron 9 James wore when he won his first title with the Miami Heat.

With the release of the LeBron 13, Footwear News looks back at the superstar forward’s best on-the-court shoe moments — just click through the gallery below.