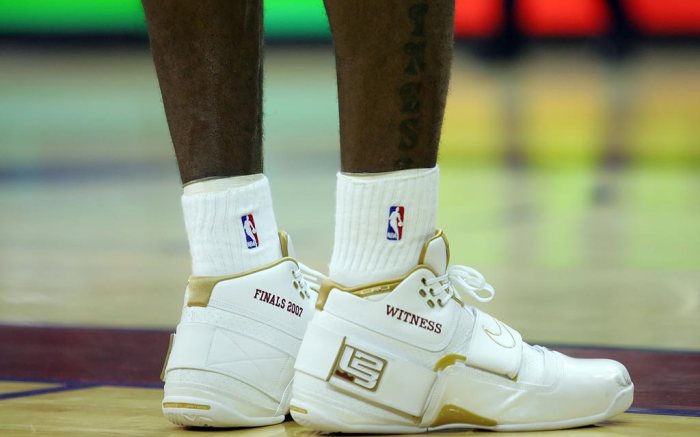 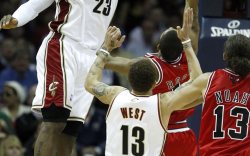 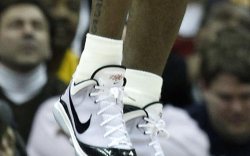 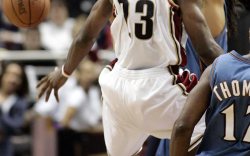 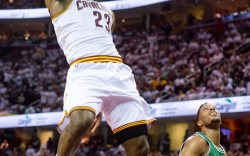 LeBron James is on another playoff run, this time trying to lead his Cleveland Cavaliers to the NBA Finals. The Nike-sponsored baller will take the court tonight for game two against the Chicago Bulls, down 1-0 in the best-of-seven series.

Here are some of the sneakers James has worn on the court throughout his playoff experience.

With the Cavaliers and Bulls engaging in a best-of-seven series right now, it’s only fitting that the list starts with the Nike LeBron VII PS, the sneaker James wore in the 2010 playoffs against his current opponent. The sneakers, which bear a striking resemblance to the Jordan XI Concord, are predominantly white with a black patent leather strip that surrounds the body of the shoe.

James got his first taste of the NBA Finals in 2007, when his Cavaliers faced the San Antonio Spurs. Although an experienced Spurs squad swept his team in the finals, James found out the effort it takes to get there. James wore the Nike Zoom Soldier throughout the series in two colorways: white with gold accents, and navy and white boot with gold accents and a white outsole.

The best player in the NBA got his first shot in the playoffs in the 2005-06 season, where the Cavaliers faced the Washington Wizards. The first time James stepped on the court for a playoff game, he was wearing the Nike Zoom LeBron 20-5-5. The sneaker boasted a white upper and outsole, with two gold straps around the midsole and navy accents.

The Cavaliers star is an elite player, so it’s only fitting that James wore the LeBron 12 Elite on the floor for game one of the 2014-15 NBA playoffs. The forward hit the court in the university red, bright citrus, bright crimson and white colorway, and left the court after dropping 20 points in the 113-100 win.

James got his first championship ring in 2012, after his Miami Heat defeated the Oklahoma City Thunder in five games. During the series, James wore the LeBron 9 Elite player’s edition, boasting a red upper with black on the midsole and near the back of the shoe, with a gold swoosh on the midsole.

In game two of the 2013-14 playoffs, the then Miami Heat forward scored 32 points in a 101-97 win over the Charlotte Bobcats. James was wearing a player’s edition of the LeBron 11 Elite, featuring a black and gray upper, with metallic red throughout the heel and midsole, with a white outsole.