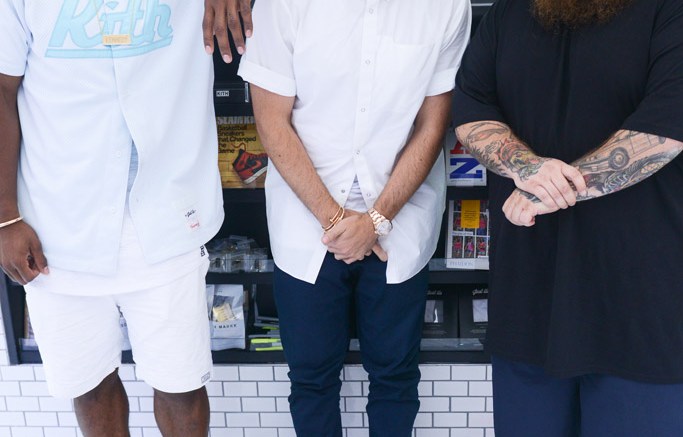 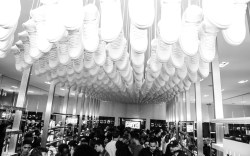 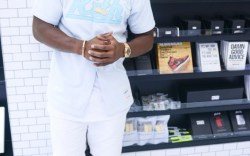 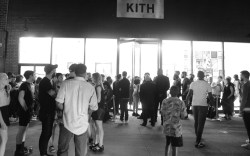 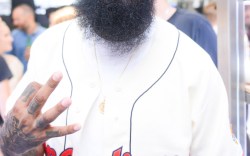 Kith NYC held a private party Monday night to celebrate the Tuesday opening of its redesigned Brooklyn location, with plenty of stars from the worlds of sports and music making appearances.

“I’ve known Ronnie since he opened his store in Manhattan, and to see him come full circle is unbelievable,” he said. “This space, the way it’s curated and built out, it’s second to none.”

Cruz added that his favorite part of the redesigned Fulton Ave. location is the ceiling, which boasts 750 all-white cast Air Jordan II sneakers, an homage to the Manhattan storefront, which has a similar ceiling with 100 Air Jordan I casts.

Fieg, who has had an obsession with cereal since childhood, said the addition of the 150 sq.-ft. cereal bar — named Kith Treats — is his favorite part of the makeover, and he’s certain it will be well-received by locals.

“I think it’s going to be one of those things that Brooklyn will really respect and gravitate towards because we’re giving them something that they would usually find in Manhattan, but we placed it in Brooklyn,” he said.

Kith Treats features 24 types of cereals, five specialty milk options and 25 topping choices. Up to three servings of cereal can be ordered, with cereal orders of two or more coming in collectible mini shoeboxes.

Click through the gallery to see more photos from the opening.