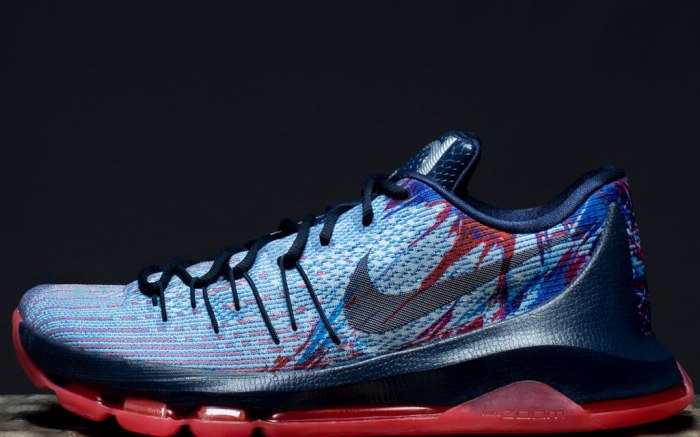 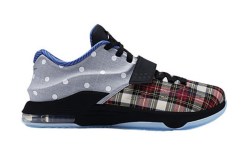 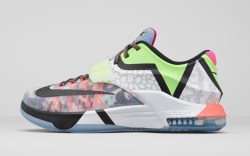 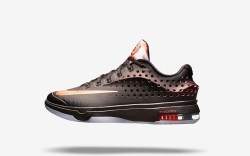 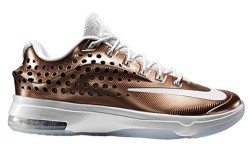 Oklahoma City Thunder forward Kevin Durant was plagued by injuries for much of last season but has returned to the court this season to play some of the best basketball of his career. Nike continued to release different iterations of his seventh signature shoe with the brand, the KD7, while he was sidelined and introduced a new shoe for the superstar baller to play in this season, the KD8.

The KD7 was one of the favorite basketball shoes of sneakerheads and basketball players alike, and the KD8 quickly turned into a fan favorite as well. Although the KD7 made its debut in 2014, a majority of its colorways were released this year. The KD8 first hit stores in June and has since been released in a number of colorways, from Independence Day-themed iterations to dedications to his personal favorite basketball players, an homage to the suit he wore during his MVP speech and more.

With 2015 coming to an end, Footwear News took a look back at the year’s best Durant signature shoes.

Check out the gallery of the best Nike and Durant delivered in 2015.