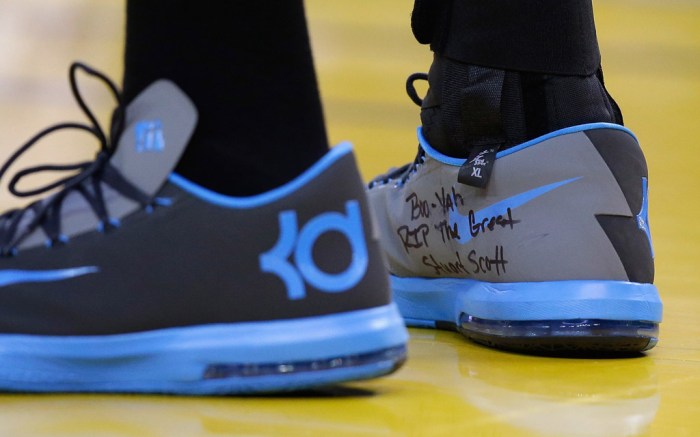 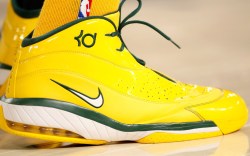 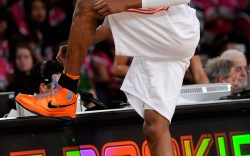 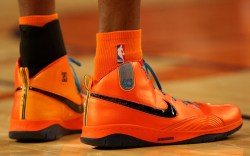 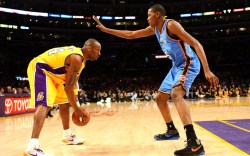 Durant’s signature shoes are some of the Beaverton, Ore.-based athletic brand’s most popular basketball silhouettes, and when he steps on the court in a new colorway, basketball fans and sneakerheads take notice. Since his first signature shoe, the Nike Zoom KD1, was released in 2009, anything with Durant’s name on it spends little time on retailer shelves.

Nike unveiled Durant’s latest signature shoe, the KD8, on June 23. The shoe made its way to retailers on June 27 in an Independence Day-themed colorway, with a primarily red colorway inspired by a matte red Chevrolet Camaro the forward had customized in 2010 following on July 11.

The brand has released multiple colorways of the KD8 since its initial colorway, including Suits (court purple, bright crimson, vivid purple and green strike), Hunt’s Hill Sunrise (orange, black and volt), and Hunt’s Hill Night (night silver, deep pewter, tumbled gray, black and green glow). On Wednesday, another colorway of the shoe will hit stores named Vinary, a tribute to two of his favorite players: Vince Carter and Larry Bird.

For Durant’s standout on-the-court sneaker moments, click through the gallery below.