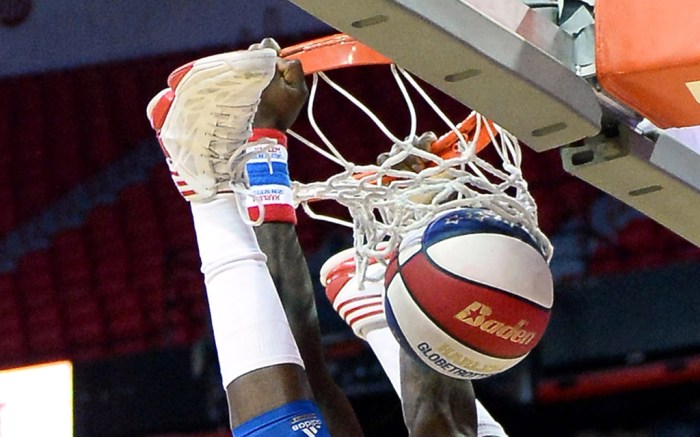 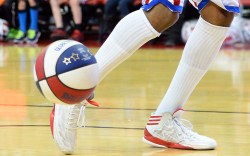 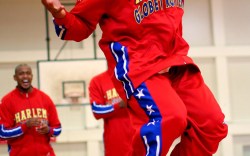 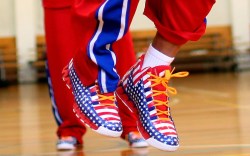 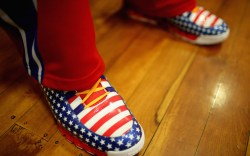 Legendary exhibition basketball team, The Harlem Globetrotters, are celebrating a milestone as it celebrates its 90th anniversary in 2016. The players, known for their on-court antics, have entertained audiences in over 120 countries over the decades.

Keeping up with the times, they’re readying to head into the new season in new uniforms.  The Globetrotters have tapped designer Angela Simmons to design the uniforms, which infuse elements of the team’s history.

According to Harlem Globetrotters CEO Kurt Schneider, “As a major influencer in the fashion world, Angela Simmons feels the pulse of the younger generation, as well as our fashionable female demographic. Our 90th anniversary season is an opportunity to honor our rich history and celebrate the future with our new generation of fans.”

When it comes to their footwear choices over the years, it’s no surprise the ’50s saw the team perform in Chuck Taylor high-tops by Converse, a look embraced by professional teams of the day. However, they eventually moved on to more performance-driven looks from brands that have since included Reebok and Adidas. For the recent 2015 season, players opted for red Adidas 773 Derrick Rose high-tops.