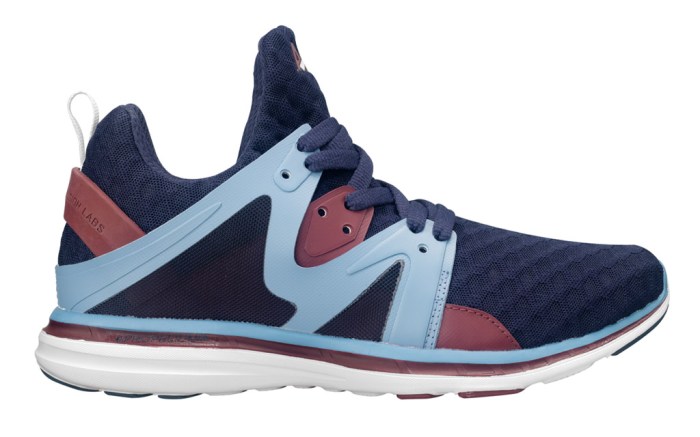 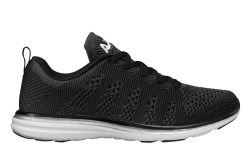 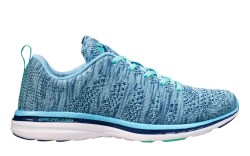 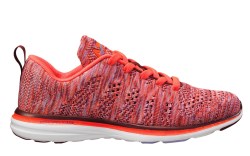 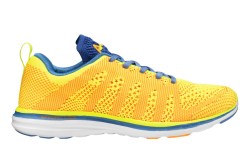 For holiday 2015, Los Angeles athletic wear brand A.P.L. is expanding their offering to include an increased emphasis on fashion. New upper treatments include metallics and melange knits on performance-minded trainers. Updated luxe fabrications such as quilted leathers were also featured as the label, founded by twin brothers Ryan and Adam Goldston, moves to further differentiate themselves and disrupt the competition.

Other standouts included a new ultra lightweight style, meant to be worn sockless. The Goldstons also believe in the high top trend, as seen in a cool shape that emulates a basketball silhouette, but cuts away at the ankle for a more wearable take. “We see this as the perfect gym shoe,” said Adam.

It doesn’t hurt that a host of social media celebrities and almost the entire Kardashian/Jenner clan has been spotted in the footwear or shared on Instagram. “We’ve been very lucky to be discovered and supported by the right people,” added Ryan. Considering that the CFDA’s president Steven Kolb lent their offices for the presentation and the brothers now count Domenico de Sole as a mentor, we’d say mission accomplished.

Click through to see the whole collection of covetable kicks.