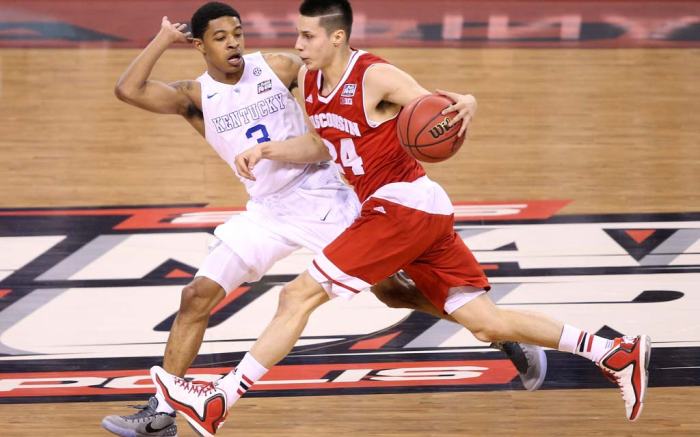 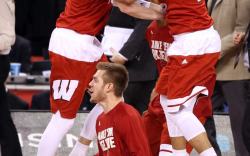 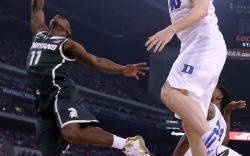 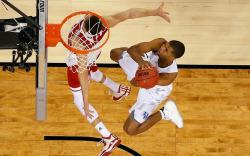 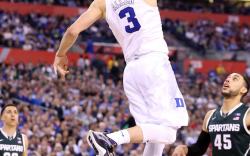 March Madness has spilled into April, with the final two men’s college basketball teams competing to cut down the nets tonight. Wisconsin, after taking down tournament favorite Kentucky, will face Duke, which is coming off of a dominating win over Michigan State.

Although the favorite to win it all was knocked out, the tournament’s popularity is not waning.

According to social media traffic-reporting website Moosylvania.com, Wisconsin received 48,434 hits on the social media platforms Twitter, Vine and Instagram throughout their game against Kentucky, while Duke received 3,016 during its matchup with Michigan State on those same platforms.

Also not waning in popularity are the sneakers the players will wear on the court tonight. With Nike being Duke’s sponsor and Adidas sponsoring Wisconsin, there will be plenty of sneakers to check out during the game.

Throughout the tournament, players from Duke and Wisconsin have been spotted wearing signature shoes from LeBron James and Derrick Rose to court-ready player favorites, including the Nike Zoom HyperRev 20015 and the Adidas Crazylight Boost.

Here’s a look at what the two remaining teams wore during their Final Four matchups.