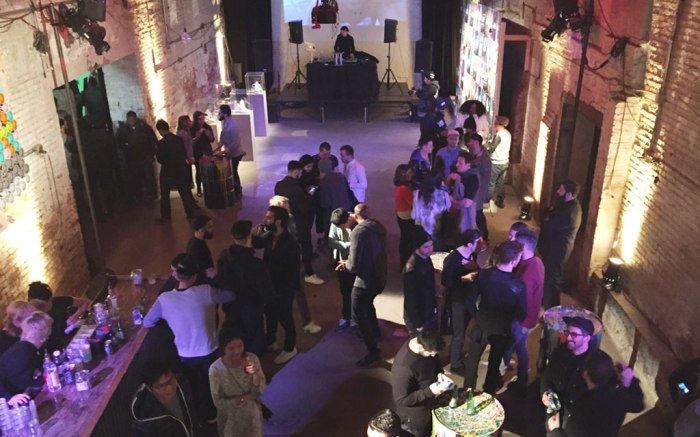 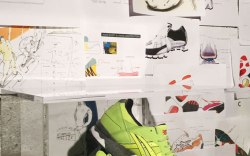 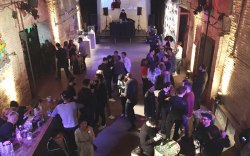 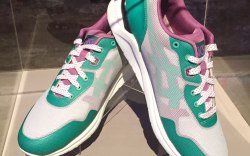 The sneaker world descended on a warehouse in Brooklyn, N.Y., last night to celebrate the debut of a new collection of lifestyle kicks from Asics.

Japan-based Asics is not known for its hard-partying ways, but for this special occasion it broke out the good liquor for media, shoe lovers and several of the most influential sneaker shops, including Kith, Concepts, Commonwealth, Saint Alfred, Extra Butter and Rise.

Also in the crowd was Brooklyn Nets star Mason Plumlee, as well as Asics America’s director of lifestyle, Mike Jensen, who was proudly showing off the new Asics Tiger styles.

The street-ready Asics Tiger collection, previously known as Asics Archive, draws from the brand’s collection of historic kicks and updates them in fresh and modern colorways. The key silhouette for the relaunch is the Gel-Lyte III, which turns 25 this year.

To mark the anniversary, Asics is releasing a new Gel-Lyte III collaboration each month, in partnership with some of the top specialty stores in the world.

The athletic brand also has launched a dedicated e-commerce site, Asicstiger.com, featuring re-launched models of the Gel-Lyte III, Gel-Lyte V and Gel-Saga, along with news about upcoming releases.

And a global ad campaign, dubbed “Wild Rare,” will hit this month, highlighting street-inspired images that utilize technology and photo treatments that harken back to the 1990s.

“‘Wild Rare’ is a homage to the authentic history of the Asics Tiger brand — they have always been rare, sought after, collected as trophies by those in the know and the subject of envy from those who can’t score them,” Jensen said in a statement. “We wanted to keep that sense of specialness even as we grow this brand.”