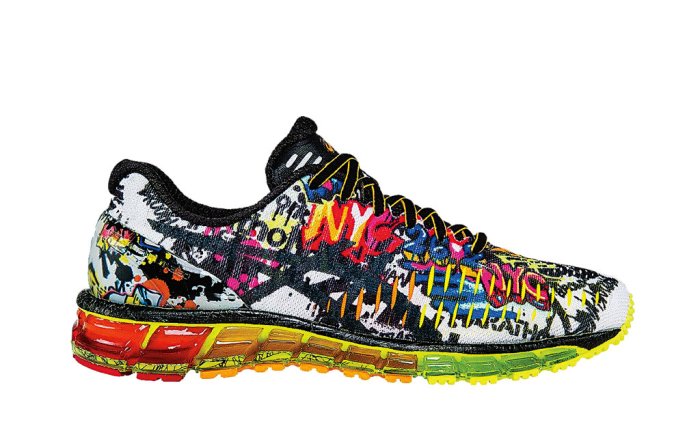 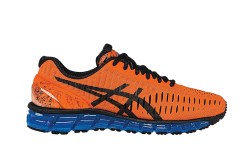 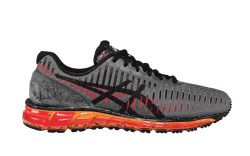 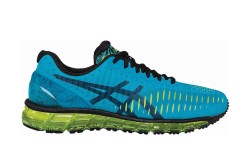 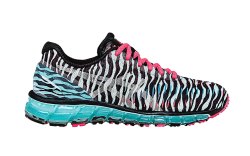 As new brands pile into the running category, Asics wants to make sure it doesn’t lose ground to anyone.

“Our initiative is clear: We want to own running from top to bottom,”said Kevin Wulff, CEO of Irvine, Calif.-based Asics America Corp. “We look at ourselves as the leaders of running and feel very strongly about our performance position. We’re continually coming out with new products that cover all aspects of [the category].”

According to the athletic brand, consistent innovation keeps it relevant in a competitive market. In July, Asics will release the Gel Quantum 360, the first shoe to feature the firm’s popular gel cushioning throughout the length of the shoe. Wulff said the sneaker has been in the making for at least eight years.

“We don’t come out with anything until it works perfectly,” he explained. “We’re not flash-in-the-pan and doing something cosmetic. The [Asics] Institute of Sport Science has been working on this for a long time. It’s going to be ground- breaking in terms of technology.”

The company’s attention to technological advancement hasn’t gone unnoticed by consumers or retailers. According to SportsOneSource, Asics ranks second behind Nike in running-footwear market share.

Innovation is just one facet of Wulff’s plan to keep Asics at the top of the industry. The CEO is closely watching the shifts in today’s fitness landscape, from the events people are attending and the products they’re wearing to the impor- tance of marketing to consumers through multiple media channels.

To promote the launch of the Gel Quantum 360, the brand enlisted San Diego-based advertising agency Vitro to create an omnichannel marketing campaign that goes live this summer.

The ads, which highlight the gel using a jelly-fish theme, will be seen in partner retail stores, as well as online and on social media. Top-tier retail accounts will be sent a launch kit containing T-shirts and cinch bags adorned with the sneaker and jellyfish, as well as glow-in-the-dark shoelaces.

And those retailers have been sent additional pairs of the Gel Quantum 360 to use as part of a social media scavenger hunt, “Where’s the Gel-Y?”

Asics is also eyeing the rapidly growing business of social fitness events, such as mud and color runs and obstacle-course dashes, which have become increasingly popular with millennials. Wulff said the company is exploring sponsorships for these types of events.

Separately, the brand continues to build its presence in the lifestyle-sneaker category. For fall ’15, Asics has introduced a line called Asics Tiger, consisting of silhouettes inspired by the brand’s releases from 1977 to 1995. That collection will be distributed to select boutiques and independent retailers. Meanwhile, the Onitsuka Tiger collection — shoes inspired by the brand’s archives from 1949 to 1977 — is aimed at high-end and fashion-based stores.

Wulff noted that the lifestyle division is a key strength for the brand. “I can’t have a meeting with any of our accounts without talking about lifestyle,” he said. “[And] our sell-throughs are leading the industry right now.”

The brand’s attention to all facets of the athletic market appears to be paying off. For full-year 2014, Asics America Group surpassed $1 billion in net sales for the first time, with total revenue of $1.1 billion. That represented a 14.9 percent sales increase from 2013, with operating profits growing 20.1 percent during the same period. It also marked Asics’ third straight year of growth and profitability.

“We’re seeing good results in the e-commerce segment, and we continue to build our brand through our own Asics stores and outlets,” Wulff said. “We have diverse channels of distribution and tremendous relationships with sporting goods, athletic specialty and family footwear stores.”

Asics’ strong relationship with independents could be illustrated by its 30-year association with Luke’s Locker. “We’ve had a long history with [Asics]. There are a lot of people there we’ve been fortunate to interface with on the sales side and on the marketing side,” Lucas said. “It’s easy to work with Asics, and we have a relationship that is mutually beneficial.”

Lucas pointed out that the brand sponsors the store’s fall marathon and half-marathon training offering — the Luke’s Locker Fit Program — and often sends shoes for staff and customers to wear-test. “We do a lot of things with Asics on the ground level. Those are the kinds of things you can’t get outside the specialty trade channel,” Lucas said.

Asics does face challenges from new players entering the running business, but Wulff believes the segment’s expan- sion is a positive thing for the industry — and for Asics.

“This is a competitive industry — competition makes us want to be better, faster, smarter and stronger,” he said. “Our strength is continuous improve- ment. [That] is a cornerstone of our brand, and it’s something consumers and retailers are also striving for.”