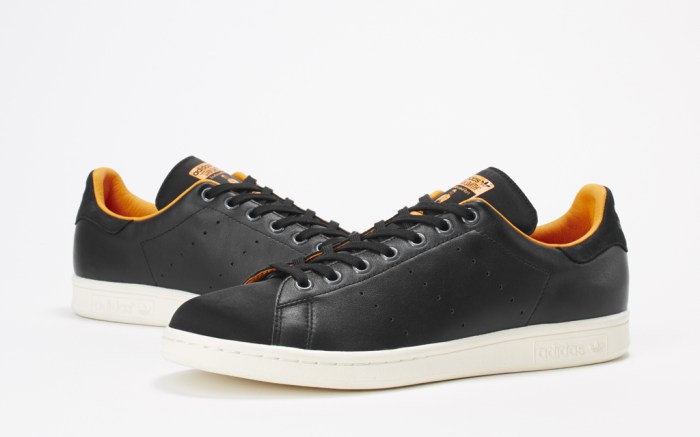 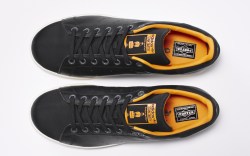 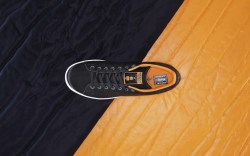 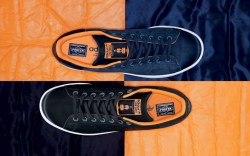 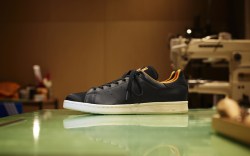 Adidas Originals is set to release the first of two shoes it collaborated on with luxury luggage brand Porter, both using the Germany-based athletic brand’s iconic Stan Smith silhouette.

The first shoe will be the black colorway, hitting stores on Saturday with a retail price of $120.

The first release boasts an all-black leathre-and-nubuck upper with orange accents, with Adidas Originals, Stan Smith and Porter branding on the tongue and the lining. The shoe also boasts Porter’s proprietary Tanker material on the shoe’s vamp and tongue. Rounding out the shoe is an all-white outsole.

The second version in the collaboration is a navy blue colorway, which will be released on Sept. 12. It will also have a retail price of $120.

To promote the release of the two styles, Adidas Originals and Porter collaborated on a video, showcasing how they were made and later delivering them to someone in a piece of Porter luggage.