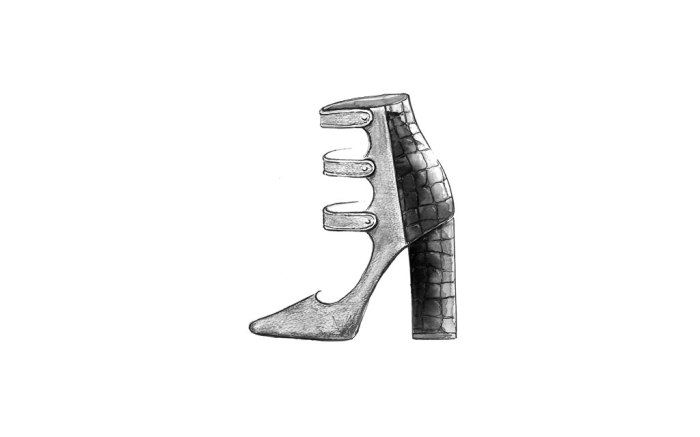 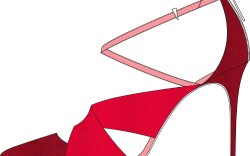 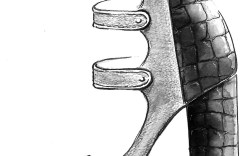 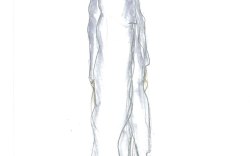 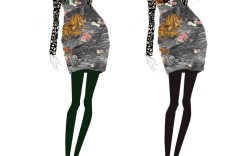 Top designers, celebrities and A-list personalities are about to take the Empire State by storm, with all the action kicking off on Thursday. Here, Spy goes behind the scenes to gather exclusive sketches and get a sneak peek at designers’ fall ’15 inspirations.

Rebecca Minkoff: “Patti Smith and her evocative memoir ‘Just Kids,’ which documents her mystical relationship with Robert Mapple­thorpe. [It also] paints a vivid portrait of bohemian New York in the 1960s and early ’70s as they forged their artistic identities.”
Additional footwear hints: “[You’ll see] ’70s rock ’n’ roll [inspired styles] from Los Angeles and New York — thigh-high boots with slotted-lace details and fringe with woven lace accents; soft stretch suede and nappa in deep port and black; and architectural, chunky heels.”
Prabal Gurung: “A relentless pursuit of elegant femininity with a bite.”
Misha Nonoo: “I was inspired this season by the complexity of the woman, as seen in Tracey Emin’s exhibit, ‘The Last Great Adventure is You,’” said Nonoo, who will collaborate with Aldo Rise on a collection for fall ’15. “We went for strong, bold lines and solid shapes that make women feel strong and comfortable at the same time.”
Tibi founder Amy Smilovic: “Our fall collection is a mix of luxe textures and fabrications, rich tones and metallics. The [line] is designed to feel like a second skin — shoes women will want to live in.”
Nicole Miller: “The collection is inspired by mythic arts, with forest themes seen through the eyes of illustrators.”

For more from FN Spy …