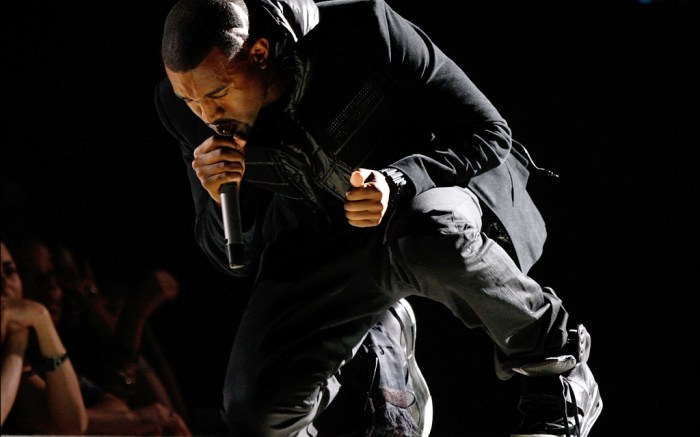 What is said to be the exact pair of Nike Air Yeezys that Kanye West wore during his 2008 Grammy Awards performance is for sale for a whopping $75,000. The sneakers, which are Yeezy 1 prototypes, are being sold online at sneaker-consignment shop The Heat Check.

His shoe debut was not the only memorable part of that performance — it was a tribute to his late mother, Donda. West gave an emotional performance of his hit song “Hey Mama,” with angels flashing behind him.

West’s latest sneaker design endeavor is now with Adidas and is causing havoc with sneakerheads.

In similar fashion, West debuted his Adidas Originals x Kanye West Yeezy Boost 750 during the 2015 Grammy Awards. Then, West’s much-anticipated followup of the Yeezy Boost 350s came and went — selling out in 12 minutes.

Next up for the rapper will be the release of the 350s in an all-black colorway on Aug. 22.

Celebrities, from Big Sean to Brooklyn Beckham, have since embraced the Adidas Yeezy Boosts. Click through the gallery to see more celebs spotted wearing the Yeezy Boosts.