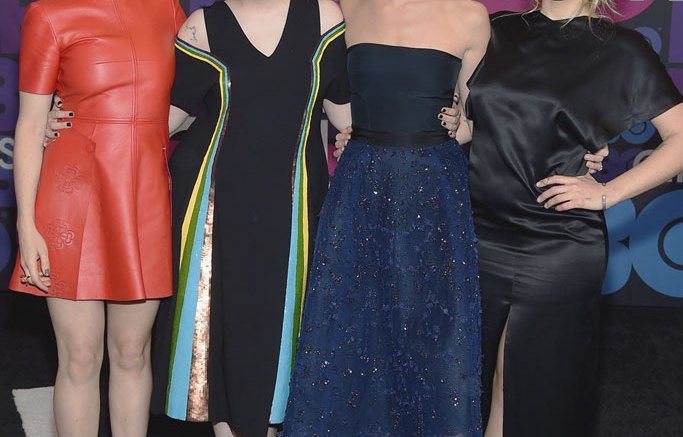 The cast, including Lena Dunham, Jemima Kirke, Zosia Mamet and Allison Williams, was joined by a host of celebrity fans such as Sophia Bush, Edie Falco and Kathy Griffin at the American Museum of Natural History for the premiere of season 4. But even before “Girls” hit the airwaves, it was announced that the show will be back for a fifth season as well.

The show is loved as much for its frank — and often awkward — conversations as for its fashion choices (think IRL-meets-aspirational designer wares). FN talked to the show’s costume designer, Jenn Rogien, last year. “The focus of ‘Girls’… is so much on real women and real shapes and real sizes,” she said.

Take a closer look at the shoes the series’ stars chose for the black carpet at last night’s event.