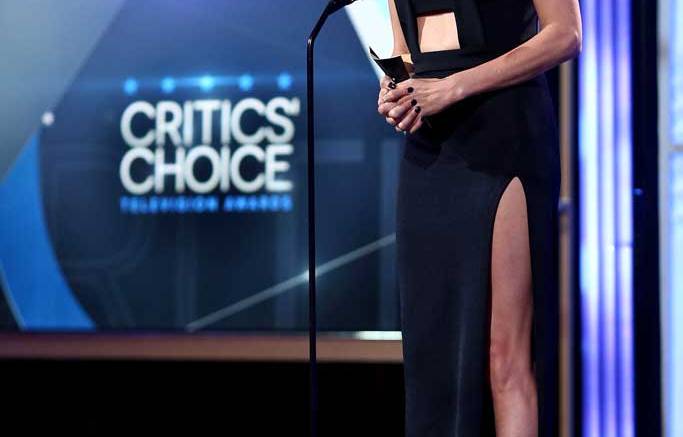 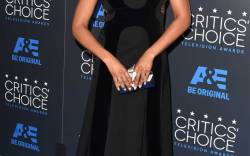 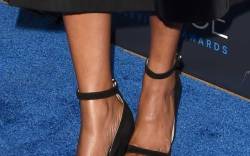 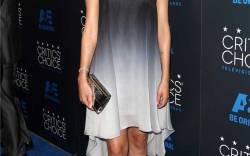 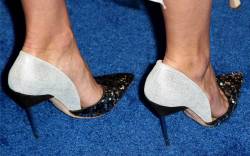 The night was filled with lots of laughs, led by event host Cat Deeley of “So You Think You Can Dance.” She stunned in a bright-orange Azzaro spring ’15 couture gown before switching into a glittery mini dress, paired with leather ankle-strap stiletto sandals.

Sarah Paulson chose a pair of Kurt Geiger pumps and a Prabal Gurung dress. She took home the award for Best Supporting Actress in a Movie or Mini-series for her work in “American Horror Story: Freak Show.”

Weitzman’s creations made an appearance on Julia Louis-Dreyfus, who stepped out in a Carolina Herrera dress and the designer’s Nudist sandals, as well as on “Jane the Virgin’s” Gina Rodriguez, who opted for a Reem Acra Couture dress and Weitzman’s platform sandals.

Taraji P. Henson won her first Critics’ Choice Award, taking home Best Actress in a Drama for her role as Cookie Lyon on Fox’s “Empire.” She took the stage in ankle-strap sandals and an Alexander Wang dress.

“Mom” star Allison Janney scored big with the award for Best Supporting Actress in a Comedy, and to top that, she planted a kiss on the lips of presenter James Corden after taking the stage.

I don’t know what was sweeter…. The #CriticsChoice win or the @JKCorden kiss, both were unforgettable! pic.twitter.com/I5D4o9AB6d

Other well-shod stars at the awards ceremony were Charlize Theron in Brian Atwood heels, and “Empire” co-star Kaitlin Doubleday in Sophia Webster.

Click through the gallery to see the night’s best red-carpet shoe styles.