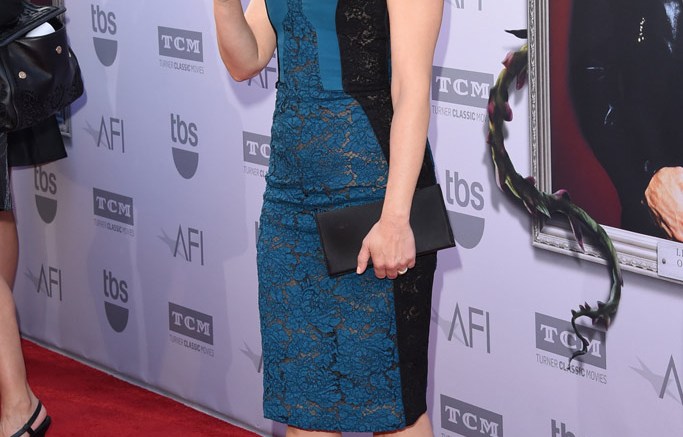 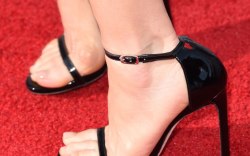 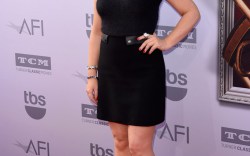 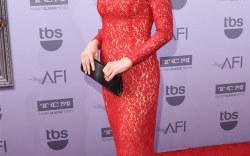 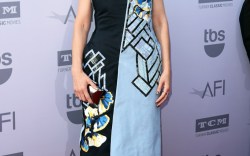 Actress/producer/screenwriter Tina Fey was among the funny folks who hit the red carpet for the event, held at the Dolby Theatre in Los Angeles. Fey stunned in a form-fitting lace dress that she accessorized with Stuart Weitzman’s uber-popular strappy Nudist sandals. Just further proof that smart women are sexy.

The AFI Lifetime Achievement Award presentation drew a who’s who of a crowd, including a bevy of “Saturday Night Live” alums, such as Dan Ackroyd, Fred Armisen, Maya Rudolph and Kevin Nealon, as well as Conan O’Brien, Queen Latifah, Diane Keaton, Martin Short and Steve Carell.

Many of the guests, including Fey and Silverman, served as presenters (and, in some cases, roasters) during the laugh-filled evening, which looked back at Martin’s contributions to American entertainment and culture. And there are many. Just think: Where would we be without “wild and crazy guys,” “The Jerk” and the “Father of the Bride”?

The gala will be broadcast on TBS on Saturday, June 13, at 10 p.m. An encore presentation will air on sister network TCM on July 30 as part of a Steve Martin movie marathon.