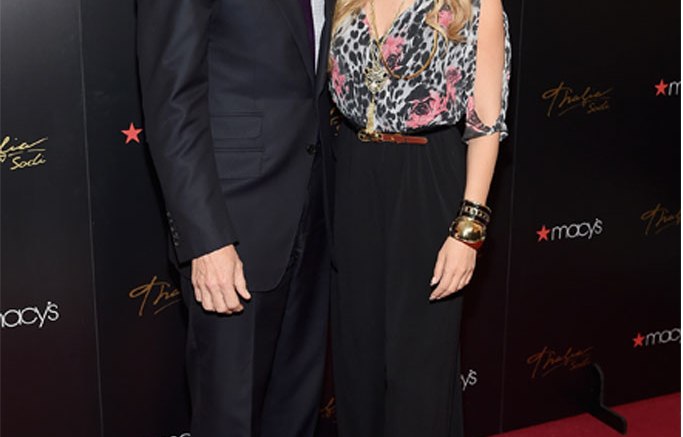 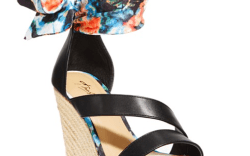 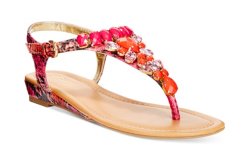 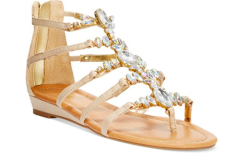 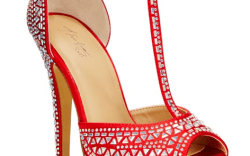 She’s known as the queen of Latin pop, a best-selling author and telenovela star. And now, Mexican superstar Thalia Sodi can add fashion and shoe designer to her list of accomplishments. Sodi has teamed up with Macy’s for a line of women’s shoes, jewelry, bags and clothing to be sold exclusively by the retailer.

Last night, at the store’s New York flagship in Herald Square, Sodi and the Macy’s team officially launched the’Thalia Sodi line after 18 months of  designing and creating the extensive collection.

“We did this with such heart and passion — it’s a dream come true. I hope you can embrace it. Every single piece in the collection,” said Sodi. “It’s been like a very long pregnancy. Today, we have a girl!”

The line offers a whole lot of leopard and a mix of work and weekend pieces.

The shoes are also hard to miss, with plenty of sass packed into the platforms and heels — think jewels, snakeskin and bold buckle details — plus bedazzled flat sandals to add even more punch.

The night started out with an exclusive cocktail party and runway show and ended with Sodi meeting and greeting fans.

Terry Lundgren, CEO, president and chairman of Macy’s, was on hand, as was longtime Sodi friend Tommy Hilfiger and his wife, Dee Ocleppo.

Lundgren said it was Hilfiger who made the introduction.

“We met and, well, that was it. We met, we fell in love, we collaborated on this amazing vision and what you’ll see in the collection,” said Lundgren. “It’s the largest launch in the history of the company. Usually, we do apparel or shoes or accessories — but we launched all of these together. We brought them into the stores for a test, and the sales are off-the-charts successful. It’s really a huge success right out of the box.”