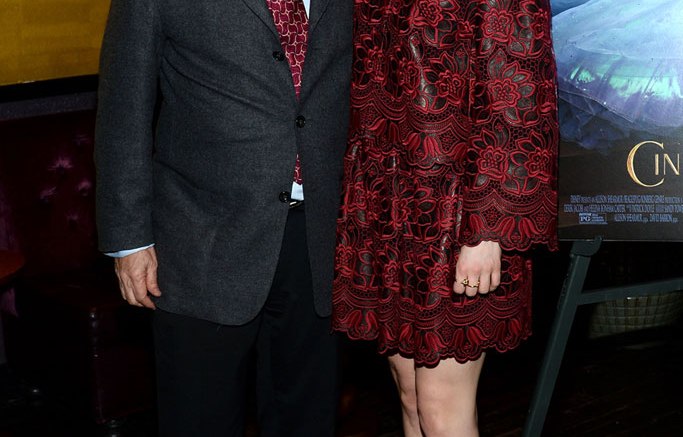 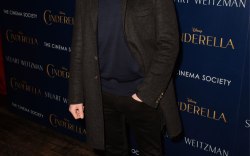 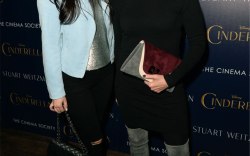 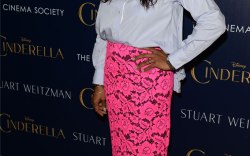 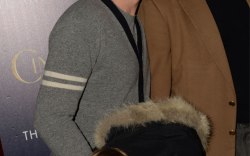 Puss In Boots rocked thigh-highs before anyone else. Dorothy, of course, had her magical ruby slippers. Now, Cinderella’s glass slippers are stealing the spotlight.

Stuart Weitzman hosted a special screening of the new live-action Disney remake of “Cinderella” on Sunday afternoon at New York’s Tribeca Grand Hotel. FN, along with plenty of other princess fans, was on hand to meet and greet the stars and get a sneak peek at the film before the wide release this Friday.

Ahead of the screening, Weitzman celebrated with a tea party, where FN spotted Ethan Hawke and his family, Matthew Goode, Bethenny Frankel with daughter Bryn, stylist June Ambrose and actress Edie Falco. No surprise here, but there were a lot of little Cinderella fans at the show (a good portion of whom paired their princess dresses with pink Ugg Australia boots).

Stuart Wetizman said he was particularly excited to be hosting, considering the shoe angle of the beloved fairy tale.

Shoe fans will find that the film’s best line is delivered by the Fairy Godmother, played by Helena Bonham Carter, after magically whipping up the glass slippers. “You’ll find they’re quite comfortable,” she quips — a badge of honor for any designer.

For more coverage of the film, don’t miss our interviews with the designers of “Cinderella”-inspired special-edition glass slippers and follow Lily James’ shoe style.