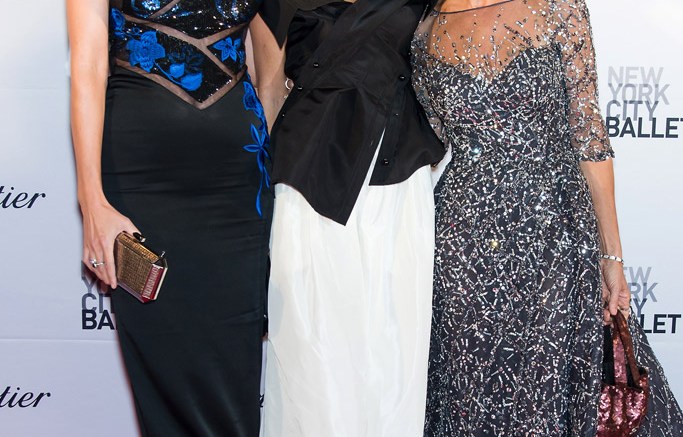 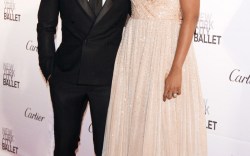 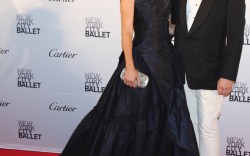 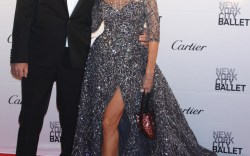 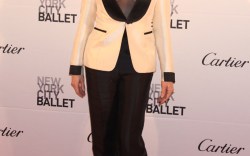 The New York City Ballet kicked off the gala season in the Big Apple last night with quite the star studded and fashionable affair.

As a vice-chairman of the organization, trendsetter Sarah Jessica Parker herself stepped out in a shimmering Zuhair Murad dress and pair of shoes from her own line, SJP Collection.

Parker has helped to bring fashion into the artistic community fold in particular this season, recognizing the power of costumes created by celebrity designers. The Ballet tapped Oscar de la Renta designer Peter Copping to help create special costumes for the premiere of “Thou Swell.”

Also on the red carpet was Ivanka Trump, who stunned in a black and navy cut-out dress by Pamella Rolland, and paired her gown with a pair of strappy blue sandals and accessories from her own line. Just last week she made the big announcement she was expecting her third child.

Another big name on hand was fashion favorite Prabal Gurung, who took the red carpet with guest Jennifer Hudson. Gurung, who just showed his latest collection at New York Fashion Week, stepped out with Hudson, who is starring on Broadway in “The Color Purple” this season. Hudson wore a Gurung-designed gown.

My date for tonight, the inimitable Miss Hudson. #nycballet

Click through the gallery below to see all the stars at the gala.