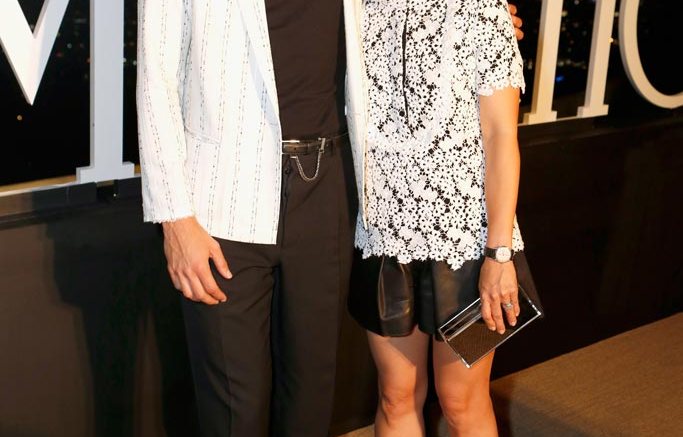 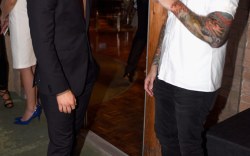 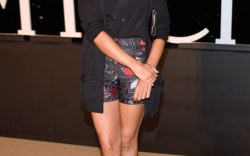 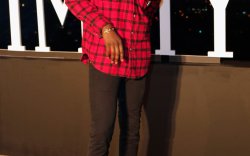 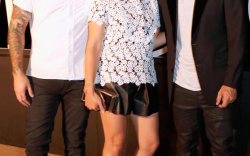 Jimmy Choo CEO Pierre Denis and Creative Director Sandra Choi were on hand at a party in Los Angeles over the weekend to celebrate some of the most fashionable male musicians.

The event, held at a private residence in L.A., was a joint effort with Billboard to mark the magazine’s first “Men of Style” issue, out this month in print and online.

Among the special guests were stylish gents like Pete Wentz, Mark Ronson, Tyrese, Nick Jonas, Joe Trohman and Theophilus London, who put his stamp on footwear back in 2012 when he collaborated with Del Toro. For this particular night, many of the men were outfitted in sleek styles from Jimmy Choo. Jonas paired the brand’s Penn brown laceups with his navy suit, while London donned the Darblay loafers and Trohman wore the Miles laceups.

Choo shoes were also in style among the ladies at the party. Rashida Jones paired the Trinny ankle-strap pump with her chic shorts ensemble, British actress Annabelle Wallis wore the metallic Moray gladiator style and Jimmy Choo’s own Sandra Choi opted for the asymmetrical Trapeze sandal. Also in the crowd were Samantha Ronson and Courtney Love.

While Jimmy Choo is perhaps best known for its women’s footwear, the London-based label has lately been developing a much stronger hold in the men’s footwear market, aided by stylish spokesman Kit Harington of “Game of Thrones,” who starred in its fall ’14 and spring ’15 ad campaigns.

Of the Billboard “Men of Style” group, Choi said in a statement, “As a creative person, I appreciate the authentic artistry of these musicians and find them endlessly inspiring — musically and stylistically. As Jimmy Choo continues to grow our men’s collection, we often look to these tastemakers for their own unique interpretation of style.”