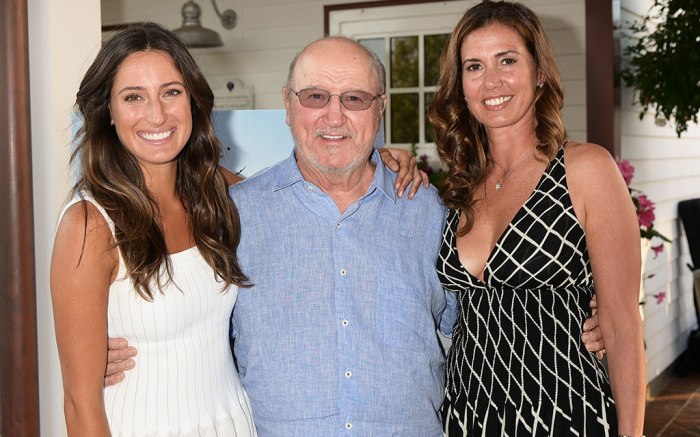 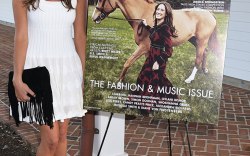 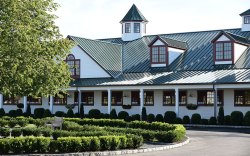 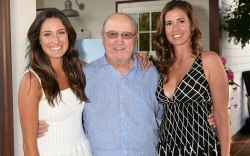 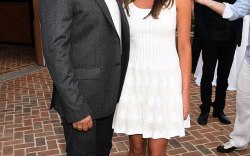 The 23-year-old show-jumping champion was joined by her father, Bruce Springsteen, and other guests including Sonny Shar, Sam and Libby Edelman along with Louis Leeman and wife Erica Pelosini. “Beach magazine approached us to host the event and we were thrilled to be a part of it,” Bob Campbell told FN. “Jessica [Springsteen] was lovely and gracious, as was her father, Bruce [Springsteen]. It was a great event, very casual and not about promoting the farm but more to celebrate Jessica and her cover. We had around 200 people attend from throughout both the equestrian and shoe industries.”

The Hampton Classic, which is currently taking place, ending Sunday, was a topic of conversation among the guests, although Springsteen was not competing as her horse is currently in Europe. “I’ve always loved the show; it’s so beautiful and there’s a social aspect to it, but it’s also a real horse show, which is a rare combination. The last year I was at the Classic, my entire family was there and I did well. It’s such a great weekend to be in the Hamptons,” Springsteen told Christy Turlington Burns for her Beach interview.

Springsteen, who has been riding since she was four, has previously represented the U.S. in the Show Jumping World Cup and last year was named a Gucci equestrian ambassador. Speaking to Turlington Burns, Springsteen said, “My mom has great style and she’s always helping me put things together. Gucci’s clothes combine the traditional uniform with a little bit of edge, which is cool. But when I’m not riding, I’m pretty casual. I’m a jeans kind of gal.”

Campbell Stables, which is celebrating its first anniversary, is located just off Montauk Highway, houses an 18-stall barn and 15,000-sq.-ft. indoor riding arena.