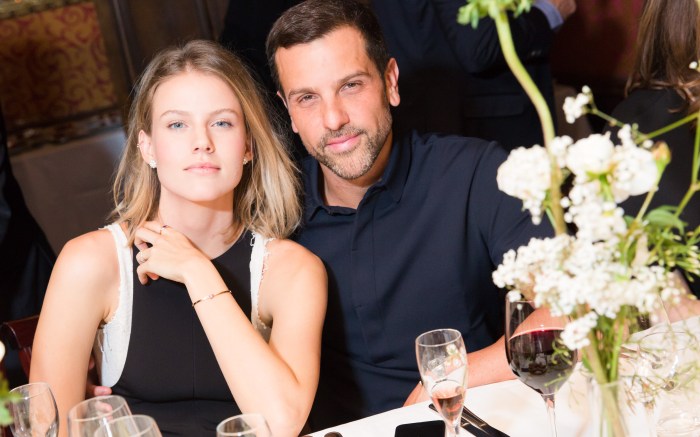 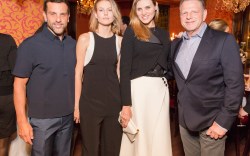 It was a trip back in time at Alexandre Birman’s elegant Paris Fashion Week dinner, held on Saturday night at Lapérouse, an institution in the City of Light.

The designer hosted the event, which celebrated his fall ’14 collection, with wife Johanna Birman. It was truly a family affair as his father, Anderson Birman — co-founder of Arezzo, the Birmans’ Brazil-based shoe powerhouse — was also on hand. Other guests included Brazilian blogger and socialite Helena Bordon and stylist Viviana Volpicella.

La Maison Lapérouse was founded in 1766 by Lefèvre, beverage manufacturer for King Louis XIV. Around 1850, at the peak of its success, the restaurant became the meeting place for writers, politicians and artists. According to Lapérouse’s website, the second floor rooms were popular with figures like Georges Sand, Alfred de Musset, Emile Zola, Victor Hugo and Gustave Flaubert.

Several members of Birman’s team were also on hand at the dinner, held the day before the designer’s fall presentation at Hotel Le Bristol. Birman unveiled a 1970s-inspired collection that incorporated a variety of luxe materials, including crocodile and eel and rich hues such as midnight blue and pine green. Lace-up gladiators, waterproof python combat boots and swirly suede sandals were key items in the assortment.