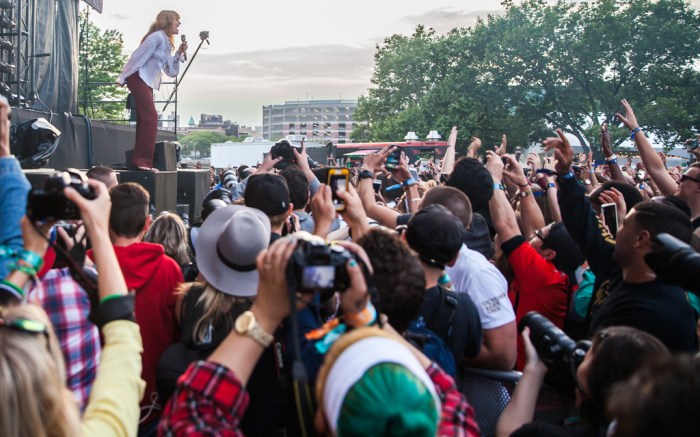 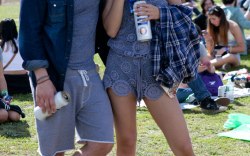 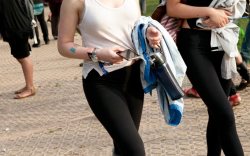 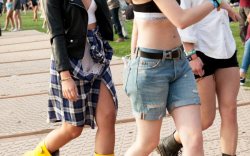 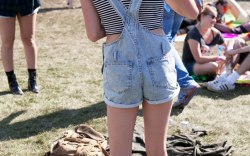 New York City’s Governors Ball Music Festival attracted more than 60 performers and a sellout crowd of close to 150,000 over the three-day event. From June 5 through June 7, fans made their way to Randall’s Island to hear Drake, Florence + The Machine, Ryan Adams, The Black Keys, Lana Del Rey and many more perform on the festival’s four stages. Despite rain on the first day, attendees literally put their best feet forward, pairing cool kicks with trendy outfits.

Unlike at Coachella, Governors Ball music lovers left their flower crowns at home, opting for more of a grunge rocker-chic look. Without a doubt, the most popular shoes were Converse, Dr. Martens and Nikes — with the occasional Hunter Wellington boots and Timberlands thrown in for good measure.

Check out FN’s roundup of the Gov Ball’s best street style in the gallery.

Jordan Wolowitz, a partner at Governors Ball producer Founders Entertainment, spoke to Billboard after the weekend, saying this was the event’s “best year yet.”

“The mean age of our festival ticket buyer is 24, which I think skews slightly younger than some other festivals, but compared to a some of our contemporaries, it’s not terribly young. The average attendee being in their mid- to early-20s is kind of standard, so I wouldn’t say our crowd is abnormally young by any means,” he said of the festival’s demographic.

Next, New York will host its first country music festival, set for June 26-28 on Randall’s Island, featuring Luke Bryan, Brad Paisley and Dierks Bentley. So stayed tuned to for a look at the best-shod country fans.