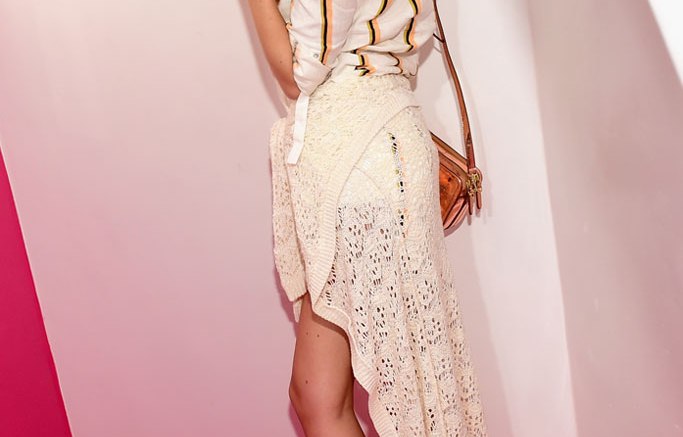 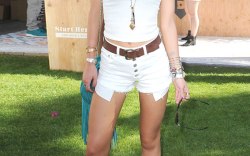 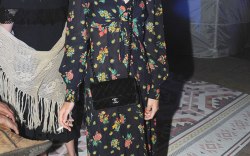 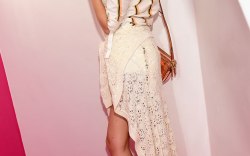 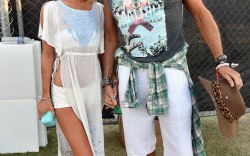 Sure, everyone is talking about Madonna kissing Drake, but Coachella is always good for shoe-spotting moments, too.

From booties to gladiator sandals to flats that make a statement, the famous music festival is all about shoes that are made for walking — or running — from show to show. Heels, pumps and platforms are rarely seen, unless they’re on a performer on stage.

Alexa Chung was rocking the after-party circuit in laced flats, while Paris and Nicki Hilton hit the grass in flats and sandals.

On stage, singer Marina Lambrini donned a standout metallic look, while Gigi Hadid made the Western trend look effortless in an ankle boot at an H&M event.

Stars were in on the Instagram action, too. Beyoncé posted a video of herself in Miu Miu motorcycle booties, while Kate Bosworth showed off a style from her Matisse Footwear collaboration with ease.

Over the weekend, top acts hit the stage, including Alabama Shakes, The Weekend, Jack White, Run The Jewels and Florence & The Machine.

Weekend 2 is fast approaching, with Azealia Banks, David Guetta, Fitz & The Tantrums, Tyler the Creator and Hozier on deck.

What looks would you like to see on stage? What shoe style is your favorite for festivals?

my best friend makes it all the most fun 🌴❤️😊 (in my new #Charlotte suede star boots, @matisse_footwear collab – avail in days! #KBxMatisse )