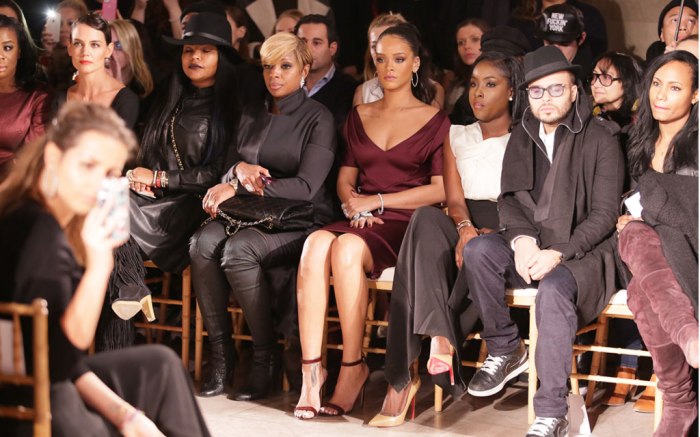 New York Fashion Week always attracts big stars, and along with that, standout shoes. Despite the frigid NYC temperatures and the threat of snow, the shows (and the shoes) go on.

At Sunday’s Zac Posen fall show at New York’s Grand Central Terminal, the designer’s red carpet-ready gowns weren’t the only thing that dazzled — it was one of the most star-studded shows yet. Christina Hendricks, Katie Holmes, Mary J. Blige and Coco Rocha were on hand, and Rihanna made waves with a chic, tailored dress paired with matching Manolo Blahnik pumps.

At Carolina Herrera, Dianna Agron and Olivia Palermo made a great pair in the front row. Ivanka Trump stepped out in a spring-worthy ensemble, with blush metallic pumps.

At Tommy Hilfiger’s show on Monday, the designer transformed the Park Avenue Armory into a “Friday Night Lights”-worthy fashion football game. Terry Lundgren of Macy’s was on hand, as were Rita Ora and Olivia Palermo.