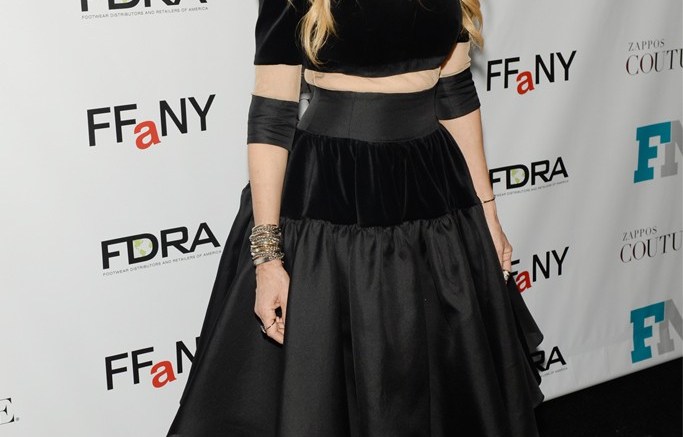 Leave it to Sarah Jessica Parker to keep us all guessing. The star posted a surprise picture on Instagram  of her exiting Bloomingdale’s carrying the store’s signature brown bag.

“Well I guess the cat’s out of the (little brown) bag. As usual, we will keep you posted on every detail as we are able. I’m under a strict gag order until then, xx SJ,” the star teased.

It turns out that while many fans thought the star was teasing a new “Sex and the City” movie, the secret was actually a big announcement for the SJP Collection. Parker confirmed in a release that her shoe line is headed to Bloomingdale’s. It’s the first New York store to carry the collection.

According to the release, the line will debut with the fall ’15 collection at the 59th Street Bloomingdale’s flagship in mid-June. Parker drew quite a crowd of spectators while shooting the campaign in front of Bloomingdale’s this week.

Well. I guess the cat's out of the (little brown) bag. As usual, we will keep you posted on every detail as we are able. I'm under a strict gag order until then. Xx, Sj