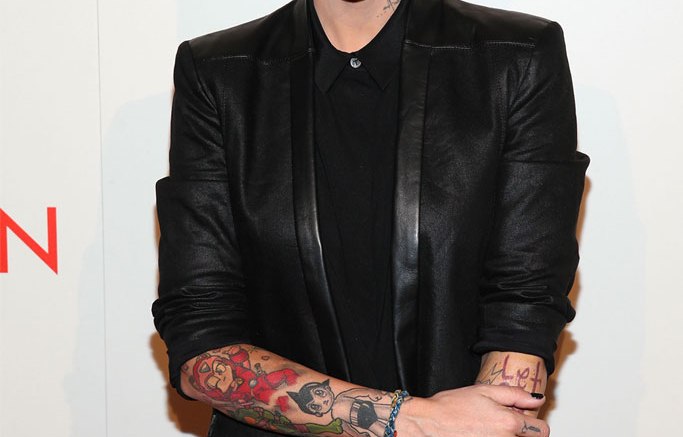 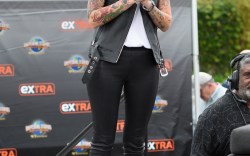 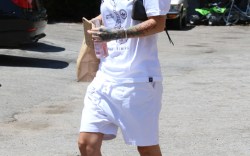 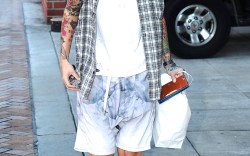 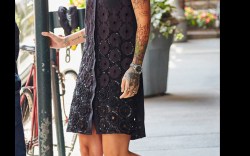 The media personality is the latest addition to Netflix’s hit show “Orange Is The New Black.”

Rose shared the news in an interview with Elle magazine, on stands today, saying she will be playing the “lust object” between ex-lovers Alex Vause and Piper Chapman, played by Laura Prepon and Taylor Schilling.

She posted a photo on Instagram celebrating her new role, hashtagged #stellaishere. So it’s safe to say her character may stir up some trouble in the upcoming third season.

FN caught up with costume designer Jenn Rogien in June, just before Season 2 was released, to talk footwear. “My philosophy is that costumes are built from the ground up. We had a few flashbacks in the first season where we used out-of-season Manolo Blahniks we found at DSW for Piper,” said Rogien. “She had a lot of money then, and it was the right shoe. For her contemporary life, we ended up using a lot of Frye.”

And believe it or not, the actors wear real standard-issue prison boots. “The actors are very divided: Some of them love the boots’ clunky and powerful feel, and others hate them for the same reason. It’s funny to see the range of reactions because it’s a real prison boot,” she said.

We don’t know much about Rose’s on-screen character, but we do know she has great shoe style off-screen. Take a look at some of her best kicks.