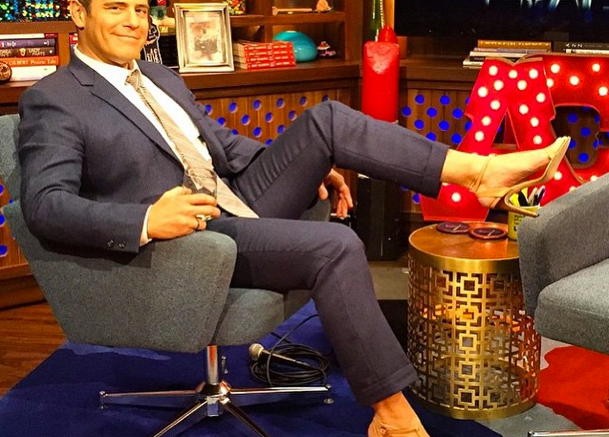 Fashion has landed in Paris for the final stretch of the fashion-month marathon. Editors, celebrities and bloggers alike have been out in force capturing the shoes and attitude of the city. From chunky heels at Margiela to soft pony-hair details at Francesco Russo, there are already plenty of ‘grams to capture a shoe fiends’ attention.

Perhaps the most buzzy Fashion Week star (aside from Kimye) has been Karlie Kloss, who has been posting her workouts in Paris for the past week.

Kloss highlighted her Nike running shoes in a short Instagram video as she shared her morning view of the Eiffel Tower. If that isn’t fitness inspiration, we don’t what is.

Another star with a big week on social media was Sarah Jessica Parker. On Sunday, Parker revealed her top 10 favorite moments of the year as a shoe designer, from opening her pop-up shop to catching Oprah wearing her styles.

She followed up later in the week with a post featuring Bravo talk show host Andy Cohen wearing some very playful heels. Parker named the shoe after her friend, calling it “The Andy.”

Cohen posted the shot, captioned “Introducing the Andy! @sarahjessicaparker named her latest @sjpcollection shoe after moi & it fits like a glove! I feel like a man AND a woman!”

Parker re-grammed Cohen’s ‘gram, saying: ” I’m not even surprised to discover how beautiful @bravoandy’s foot looks in his namesake @sjpcollection shoe. What a treat. X, Sj”