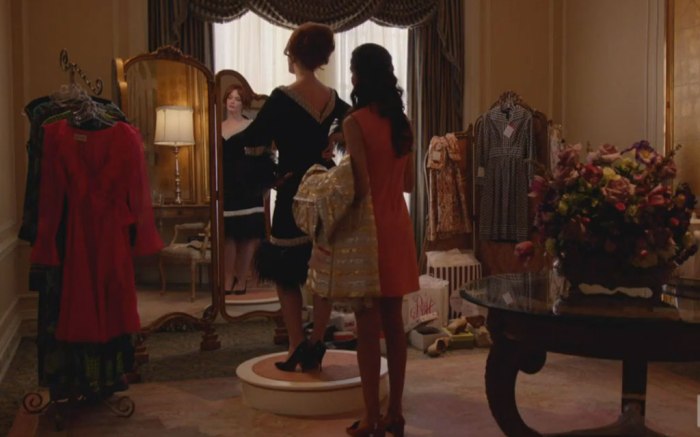 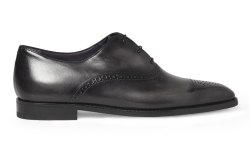 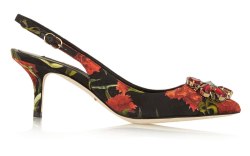 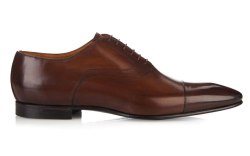 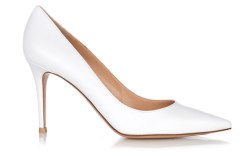 Turns out that the “Mad Men” premiere on Sunday had not only a major Joan Holloway moment but also a Palter DeLiso moment.

The heritage brand, founded in 1927 and recently re-launched in Beverly Hills, is getting some serious screen time this season, starting with a close-up of the brand’s Vixen pump on lead character Joan Holloway (Christina Hendricks) in the most recent episode.

“I knew that a lot of our shoes had been selected for the show, but I just didn’t know to what degree,” said Lauren Bruksch, president and co-founder of Palter DeLiso. “It was so exciting.”

Many years ago, Bruksch was introduced to “Mad Men” costume designer Janie Bryant when they worked together producing a series of Barbies inspired by the show’s characters. After reconnecting at an event, Bruksch said she sent over a few pairs but didn’t know they’d been used so prominently. The Palter DeLiso line draws heavily on its vintage heritage, with contemporary styling.

In Sunday’s episode, Joan Holloway, a newcomer to the millionaires’ club after the sale of Sterling Cooper to McCann Erickson, goes on a bit of a shopping spree. To showcase her new look, the camera pans from toe to head, giving the Vixen heels a prominent glamour shot.

The DeLiso team said Holloway wears the Vixen throughout the episode and the season, and later in the season will be spotted in the lace-and-glitter Kiss style.

With the growing sightings of the Vixen on the red carpet and now on one of the  favorite characters on “Mad Men,” sales of the classic style have already spiked.

“The Vixen was the first shoe we designed,” said Bruksh. “It’s a modern shoe with a wink to our heritage, and it’s really a good moment for the shoe that started it all.”