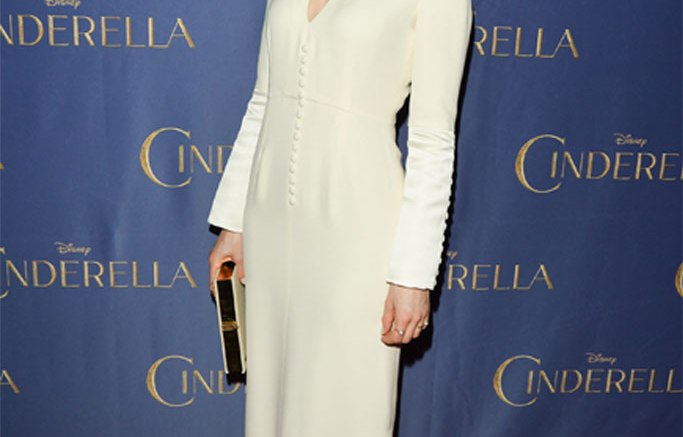 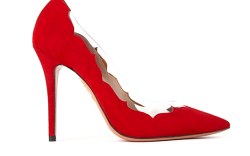 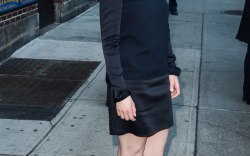 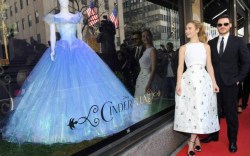 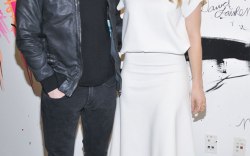 Cinderella-mania may seem like it should be wrapping up soon, but the wide release tomorrow is just the beginning. Star Lily James tried something new for the Toronto premiere of the live-action film, opting for a more sophisticated Dior look worn with deep red suede heels by Aquazzura.

James has dazzled the press during her whirlwind tour, nailing virtually every shoe moment with big names like Stuart Weitzman, Jimmy Choo and Christian Louboutin.

What makes us most excited? James also has her eye on younger designer labels, including Mary Katrantzou, Chelsea Paris and now Aqauzzura. Her Toronto look was certainly more mature, underlining her newly confident sartorial choices.

James, as well as her Prince Charming, co-star Richard Madden, were in New York earlier this week for a Sunday screening of the film hosted by Stuart Weitzman. They also attended a store-window unveiling and a the debut of a limited edition glass-slipper collection at Saks Fifth Avenue’s flagship. There, James wore a head-to-toe Dior look to introduce the collection of designer shoes and the pièce de résistance: Cinderella’s blue ball gown.

There’s been so much princess buzz in the past few weeks about the film. From the shoe collaboration at Saks (which is also at Harrods in London and Level Shoe District in Dubai) to the HSN collection, everyone wants a piece of the “Cinderella” action. And why shouldn’t they? The story hinges on the glass slippers.