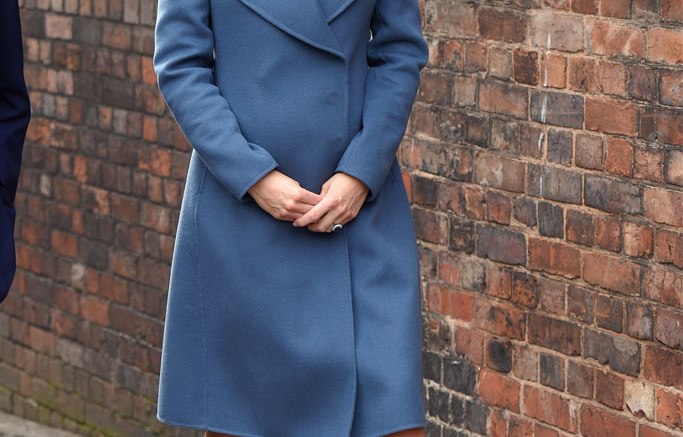 Our favorite British families are coming together for one big Masterpiece mash-up. Kate Middleton is planning a visit to the “Downton Abbey” set to watch a filming of the hit show. Next Thursday, Middleton, who is a bit of shoe horse (check out the gallery), is rumored to be stopping by Ealing Studios West London, where the servant and village scenes are shot. (Sadly, no trip to Highclere Castle, which serves as the home of Lord Grantham and his family.)

It’s big news for “Downton Abbey” fans. The PBS Masterpiece show has garnered legions of fans as it films its sixth season.

Middleton is just one of the famous faces to visit the set. George Clooney made an appearance for a show special last year, and Shirley MacLaine has made several guest appearances as Cora Crawley’s mother.

People reported that Middleton will meet “Downton” creator Julian Fellowes, but there’s no word yet which stars will be on set to meet the Duchess.

Middleton has been out and about more recently — and showing off more spring-suited shoe styles.

On Monday, she wore purple pumps for an appearance at the Goring Hotel to help celebrate the iconic building’s 105th anniversary. Fun fact: The hotel was where she spent her last night before marrying Prince William.

Earlier in February, she stepped out in navy suede heels to match a blue overcoat while touring a London factory.