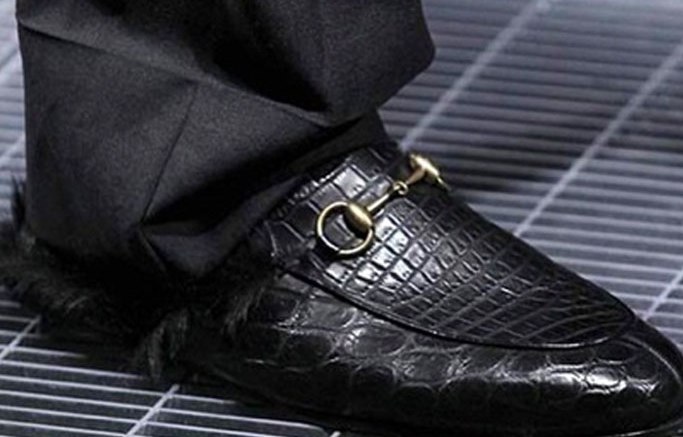 Fashion was literally all over the map this week — from the Paris Men’s Fashion Week shows to the Fashion Los Angeles Awards in California. And where fashion goes, so do smartphones. Here are our picks from Instagram this week:

Shoe people landed in Utah this week for the start of the Sundance Film Festival and also for the Outdoor Retailer Winter Market. Kenneth Cole announced his arrival with a snapshot of the Park City, Utah, “Loosey the Moose” decked out for the big festival.

One noticeable no-show: snow. So much for a winter wonderland.

Over in Europe, the men’s fashion marathon entered its final lap before couture week kicks off next week. Rick Owens owned male nudity, and Gucci announced the appointment of its new creative director, Alessandro Michele.

Tamara Mellon took us behind the scenes at her Italian workshop this week. Let’s hope she got some playtime in, too.

Television and fashion royalty collided for a mind-blowing moment. The venerable Ralph Lauren and his family were spotted at the real Downton Abbey — Highclere Castle in England.

Back in Los Angeles, the inaugural Fashion Los Angeles Awards took place with a star-filled front row we can only expect to see in Hollywood: Katy Perry, Miley Cyrus, Jeremy Scott, Rihanna and Kanye West. Phew — say that three times fast. Thanks to Mr. Joe Zee for capturing the music-meets-fashion mogul moment.

Side ‘grams: Reese Witherspoon and Ivanka Trump made our list for having two awesome pics. Witherspoon summed up so many “party shoe” moments, pairing shimmery Jimmy Choo heels and after-party-worthy Vans sneakers as the “before” and “after” shoes of a night out.

Ivanka Trump’s snap of the late, great Joan Rivers in her last TV appearance, on the”Celebrity Apprentice,” was a sweet tribute and also reminded us how much we miss Joan.