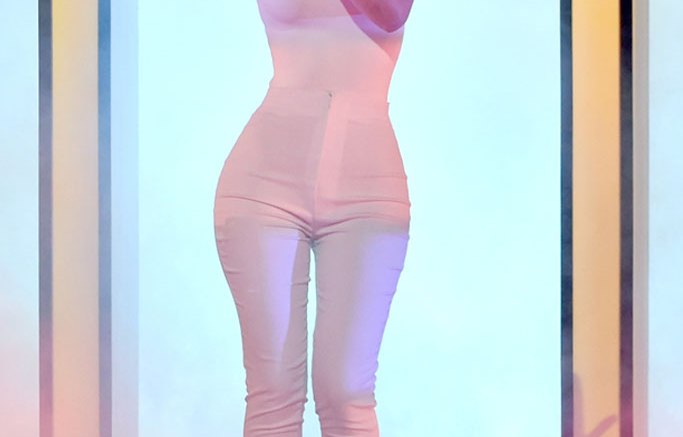 All three are in the running for Artist of the Year, as well as Ariana Grande and Luke Bryan. Obviously this is a tough category in terms of music, but who would win for shoe style?

Azalea is currently collaborating with Steve Madden on her second collection with the brand, which unveils this month at FN Platform.

The rapper told FN, “[My style] is very colorful, quirky and fun, and that’s what I wanted in the shoes. Something that your boyfriend might hate, but your girlfriends would love. There’s something carefree in that.”

Azalea has also been in the news for her work with Steve Madden, and more specifically, for the Twitter controversy she caused last week after posting a rant about unveiled images from that Steve Madden shoot.

She later removed the tweets, and posted to Instagram saying, “What I had a ‘rant’ about on Twitter isn’t in regards to these pictures, it was about another, different set of images I wasn’t a part of creating that I felt weren’t reflective of my vision and direction for the collection,” she said.

“I’m an artist and I’m extremely passionate and emotional and crazy sometimes because I care ALOoOoot about this s**t! I love Steve and he gets it! I just don’t support neoprene Jesus sandals WITH socks. That all.”

Swift is tough shoe competition — she’s had her own collaboration with Wolverine World Wide Inc.’s Keds sneaker brand since 2012. She has designed limited-edition products and been the face of Keds’ digital and print ad campaigns for the past few years.

Azalea and Smith lead the pack with five nods each, including Best New Artist, while Swift and Grande follow close behind with four.

The show airs live on March 29 on NBC. Take a look at our gallery to see the lead nominees on stage, and check out more of the iHeart Radio Music nominations below.