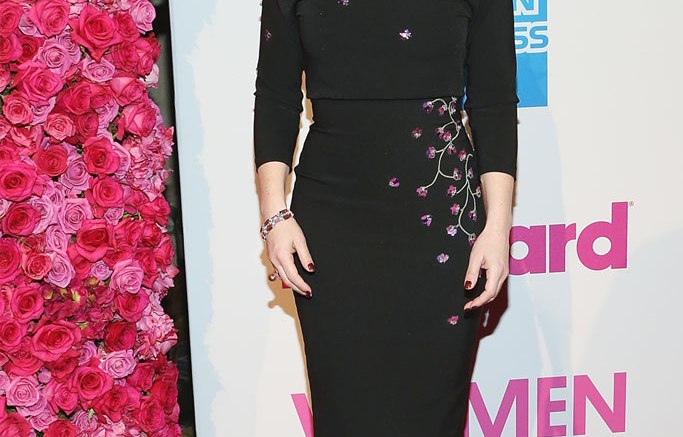 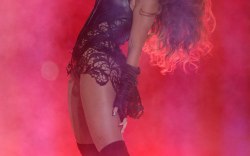 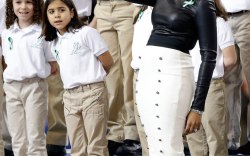 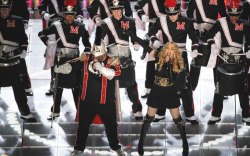 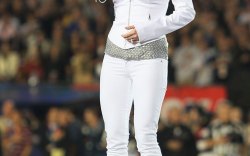 Idina Menzel has just been recruited for Super Bowl XLIX.

The widely acclaimed Broadway star and “Let it Go” singer has signed on to perform the national anthem at this year’s game, which got FN thinking about performances past. Take a look back at the shoes that had us cheering — and fearing for — the singers on stage.

This year, Menzel joins Katy Perry (on half-time duty) and John Legend (who will sing “America the Beautiful”) at the game. Since she collected the Oscar for best original song for her famous  “Frozen” number, the singer has had all eyes on her red carpet style. She’s proven to be a big fan of Donna Karan and bold statement heels.

Menzel, who’s sung duets with everyone from Lea Michele to Jennifer Nettles this year, was criticized at the start of 2015 for her performance on “Dick Clark’s New Year’s Rockin Eve.” Menzel took to Twitter, saying “You can’t get it right all the time, but you can try.”

Menzel’s co-performers, Katy Perry and John Legend, have been hard at work as well.

Legend’s song “Glory,” with rapper Common, has been nominated for a slew of awards, while Perry has announced that her half-time show will feature special guests, including Lenny Kravitz.

The “Fireworks” singer shared her Super Bowl strategy with E! News: “I’m going to do all the songs that work,” she explained. “I think my entrance and my exit as of right now — they are superb.”

What would be on your dream Super Bowl playlist? Let us know @FootwearNews