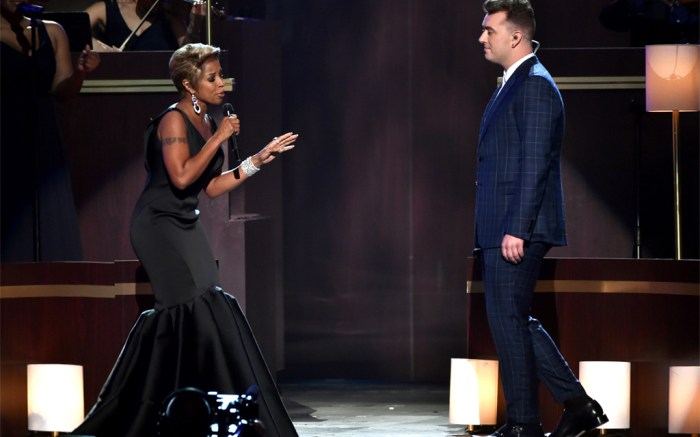 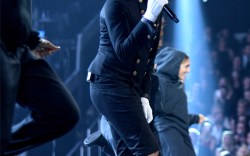 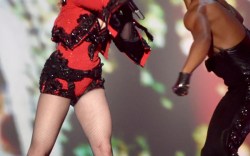 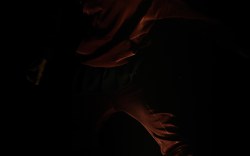 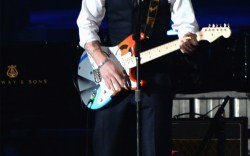 The Grammy Awards are famous for bringing together artists of all stripes for sometimes awe-inspiring, sometimes jaw-dropping performances. Tonight’s broadcast was no different.

More than 30 Grammy winners and nominees graced the stage for the 57th annual awards presentation, from icons like Paul McCartney, Annie Lennox and AC/DC to newcomers Ed Sheeran, Sam Smith and Ariana Grande — and, of course, the showstoppers like Madonna, Beyoncé and Pharrell.

Below are a few of our picks for the best-dressed performers:

Accompanied by a gospel choir and orchestra, Smith and Blige turned the former’s uber-popular hit, “Stay With Me,” into an emotional duet. And Smith, who took home four awards tonight, kept it classy in patent dress shoes.

Pharrell’s neon-yellow, crystal-encrusted Adidas Superstar sneakers said it all: This guy is “Happy.” And the music phenom (and regular Adidas collaborator) had plenty of reason to feel that way tonight, after taking home a Grammy for Best Pop Solo Performance.

The matador-meets-bondage theme continued from the red carpet to the stage as Madonna demanded attention in her scarlet-and-black Givenchy leotard and multi-strap Mary Jane pumps, and Wolford tights. Though Madonna’s vocals and dance moves were a little rough, the theatrics were some of the best of the show.

He returned to the Grammy stage after a six-year absence with a heavily auto-tuned solo performance lit dramatically with a single spotlight rising through a smoky subway grate. The lighting probably was in reference to his song “Only One,” but we like to believe it was really to highlight his newly debuted Yeezy 750 Boost high-tops, from Adidas.

It was night for the Brits, and Sheeran had a big moment, performing his own tune, “Thinking Out Loud,” and then sharing the stage with ELO’s Jeff Lynne for an epic version of “Mr Blue Sky.” But Sheeran, a self-described sneaker lover, kept things grounded in black-and-white Nike Flights to match his Gucci suit.

Once we got over the shock of CBS allowing stars from an NBC show to perform, we were able to enjoy “The Voice” judges’ duet of Maroon 5’s “My Heart Is Open.” And thank goodness Gwen Stefani’s Versace brilliant-red gown was open to reveal her matching Christian Louboutin pumps.